Sometimes packages are placed on backorder and only shipped on the very day you move out of your old apartment. Luckily, thanks to web tracking, it was easy enough to determine when the package arrived and I used my ride home to swing through Arlington to grab it (and also some mail that the Post Office declined to forward to our new address for some reason). Since it was a beautiful evening, I hardly minded going out of my way. Furthermore, going "out" to Arlington allowed me to "discover" the new section of bike lanes on 34th street, which was tremendously exciting (perhaps too much so). 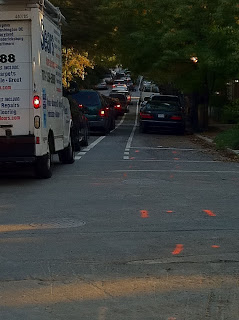 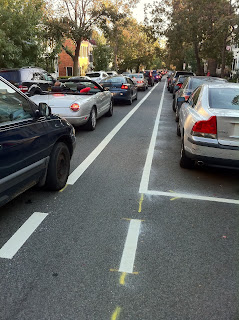