Some preliminary thoughts on the unfinished L Street Cycle Track

I'll get to the usual shtick later, but I rode the L Street Cycle Track from New Hampshire Avenue to as far as it's currently installed (ending to the west of 16th Street NW) and I wanted to share my initial impressions: 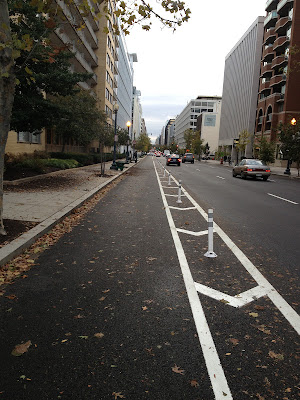 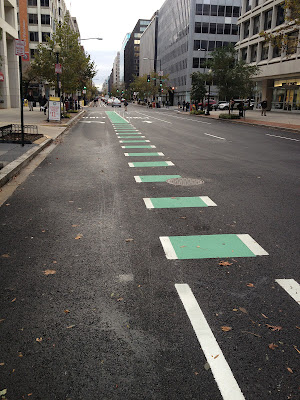 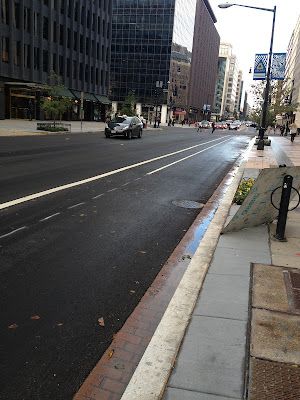 I don't have an overall assessment because I don't think it's fair to provide one on an unfinished project. I look forward to seeing it when it's completed and all of the bollards are down and green paint is painted. I suspect that, like all pieces of new infrastructure, it will take some time for the users to adjust and the rules and norms to be established. Nonetheless, I expect these things to get sorted out and for the lane to become a permanent and welcome fixture in #bikeDC.