From First Street to M Street

This spring, two new pieces of important bicycle infrastructure will open in the District of Columbia: the First Street NE cycletrack (qua Metropolitan Branch Trail street extension) and the M Street cycletrack. Both are protected cycletracks- to varying extents- and are better than your average bike lane. I rode on both of them yesterday. First Street is two-way (north/south) and separated from car traffic by plastic sticks and concrete curbs. M Street is one-way (west) and will be separated from car traffic by parked cars and plastic sticks. One block of M Street is a regular bike lane. There are two brief sections of M Street where a curb serves as a barrier (on Rhode Island Avenue and at the bus stop on the 2400 block).

It's great that these cycletracks are being built, but it's decidedly not great getting from First Street to M Street. 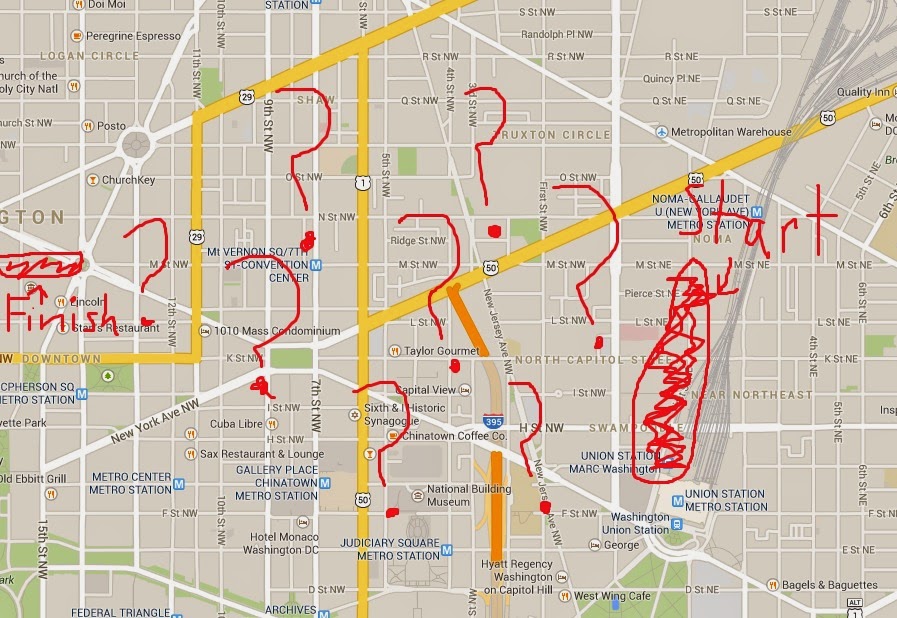 Here are a few of the problems:
Not problems:
Another problem:
You can see my route below. The green parts are cycletrack, the blue parts are standard bike lanes and the black parts is nothing (for the record, I count sharrows as the equivalent of nothing):