Later than usual start today and I was surprised to see as many bike commuters riding well to work well after 9. At least I think they were riding to work. Maybe they were riding to buy new alarm clocks, having smashed in frustration the one they found to be broken minutes before and well after the time they normally awake. I very much doubt this as there seemed nothing especially frenetic in their pace and also, you'd probably just buy a new alarm clock from Amazon and have FedEx or UPS deliver it, the driver blocking the bike lane as he bounds to your step to drop the package. I'm sure there was a time of mom and pop alarm clock stores on every corner, but those days are long gone, but a feint [insert horrible alarm clock noise sound] of a bygone era.

Most of the way up Wisconsin, I remembered to live the fiction to which I aspire and pretend that I'm the kind of colleague who buys pastries to bring into the office for his close coworkers. Doing nice things for people is the worst kind of self-regard. Stopping for pastries has everything to do with my trying to be a nice person and nothing to do with my debilitating croissant addiction. I stopped at Patisserie Poupon where the women behind the counter have assuredly never, ever been dad-joked about pardoning and mustard. The sign outside looked like this: 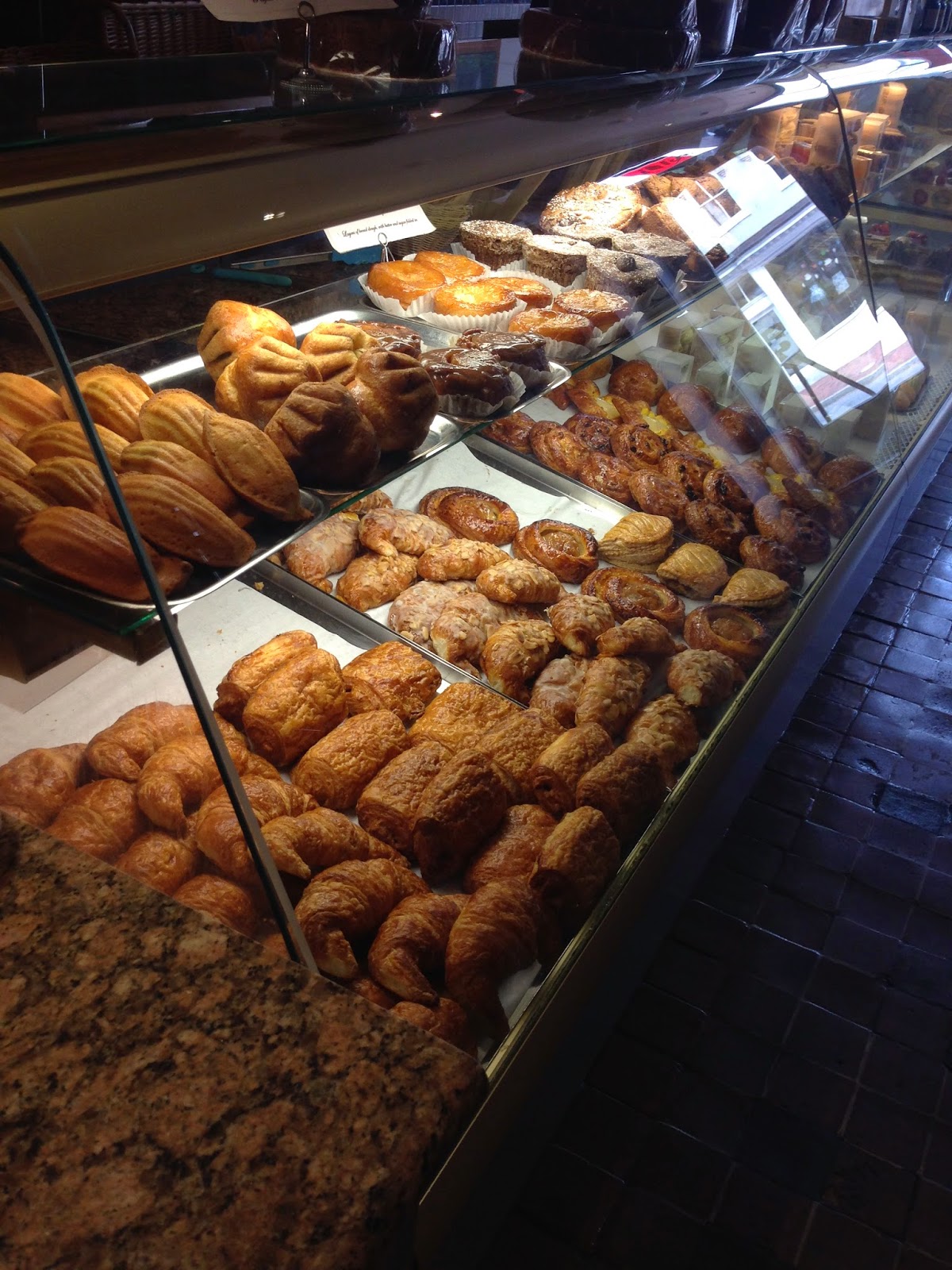 In other news, I really should get a cargo bike.

The ride home was the usual throughout downtown, but at the base of Capitol Hill, I decided to take a wending route, aiming for a different grocery store from my usual one and I rode through real Capitol Hill on streets on D Street and E Street and then maybe G Street, but never F Street because, as everyone knows, F Street is bad luck because George F. Washington hated his middle name and that's why you never ever hear anyone refer to him as George F. Washington, both out of respect for the founding father (#ff George Washington) and because of the curse he placed on the street that shares the first letter of his hated middle name that no one ever mentions even though it's totally real.

They've within the last few months added some outdoor parking on Potomac Avenue in front of the Harris Teeter and it's much easier to lock up outside than ride into the parking garage.

Of the two songs I remember having stuck in my head were "Do you really want to hurt me?" and "Someone to watch over me." I guess I was thinking about safety. Or something.