I wrote a long thing at lunch (you can read it) and it's unlikely that I have enough good word arrows left in my word quiver (for example, see the phrase "word arrows left in my word quiver") to make this post anything other than a truncation, so here it goes:
I rode, both to and from work, on the C & O towpath, which is unpaved. It looked like this: 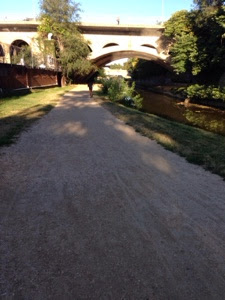 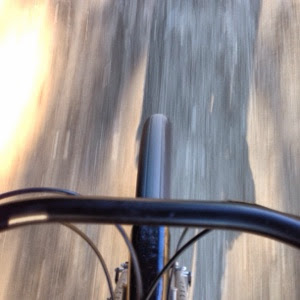 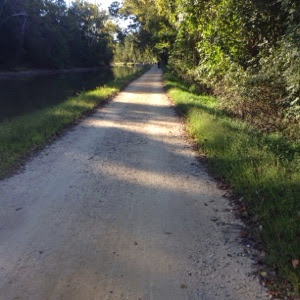 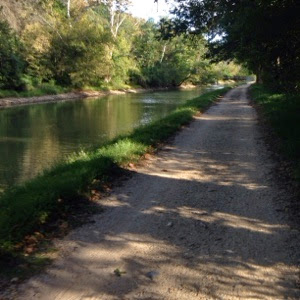 I think I've commuted on the C & O fewer than a dozen times in the years I've been riding to work and it remains a novel experience. It was pretty fun, but I definitely understand why humankind invented paving. 'Twas bumpy. Maybe that's the allure.
I thought I could take the canal towpath to the Chain Bridge and scamper up through the woods to the Capital a Crescent Trail, but when met with this 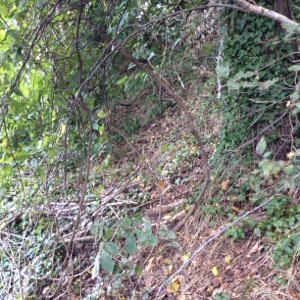 I declined to scamper. This might actually be the overgrown path, which I assumed it was, and instead might just be what we like to call "woods" and maybe there was a clearer path a few dozen yards down the road, but I gave up and returned to the trail rather than searching for it and that's the story of how I wasn't eaten by a Sasquatch.
I took the C & O on the way home to Warer Street to Rock Creek to Ohio Drive and then over the Francis Case Bridge (what was the Francis Case? Was it a lawsuit about stigmata?) and down to G Street to eventually a different grocery store than the one I normally go. Thereafter it was I Street SE into where that stops and eventually over and up the hill and wended home, free and clear and with groceries to turn into dinner.