I suppose I neglected to mention that I would be away for a week and when I was away I failed to mention that I wouldn't be blogging as I'd have no bike commutes to blog, but now I'm back and have bike commutes to blog, or at least today's. It snowed a few days ago and since the snow hasn't all melted, it means that there's still plenty of it in bike lanes and in the other marginal places where one tends to have to ride a bike when there are no bike lanes. Ice itself isn't so bad- I really like it in drinks!- but ice on city streets where one tries to bike isn't really the best and so the rides in and home weren't the best.

I took the Mall route and then made the mistake of riding up the Rock Creek path, when I could've instead ridden on the two empty lanes of the Rock Creek Parkway which are left fallow during the morning commute. From what I know of medieval agricultural practices (surprisingly little given how many stupid empty fields I've had to walk through on the way to monastic ruins or some castle in the middle of a sea of nowhere in the middle of a nothing country), you're supposed to leave lanes fallow that the road has time to regain the nutrients needed to let the traffic grow again. Anyway, Rock Creek Parkway is four lanes from the Mall to the Kennedy Center and the two northbound ones are blocked off to all traffic, but instead of riding on that empty stretch of pavement, I went for this: 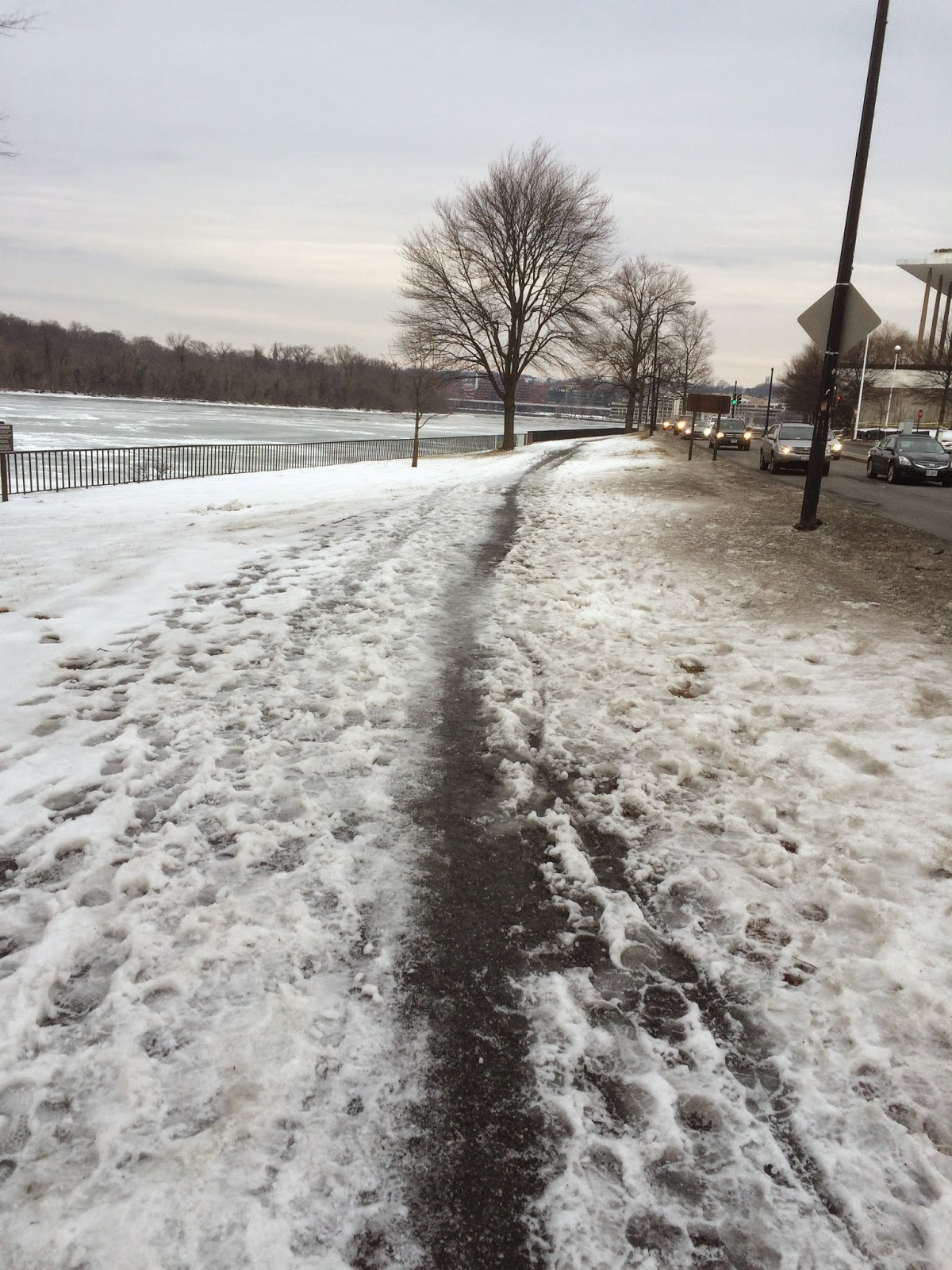 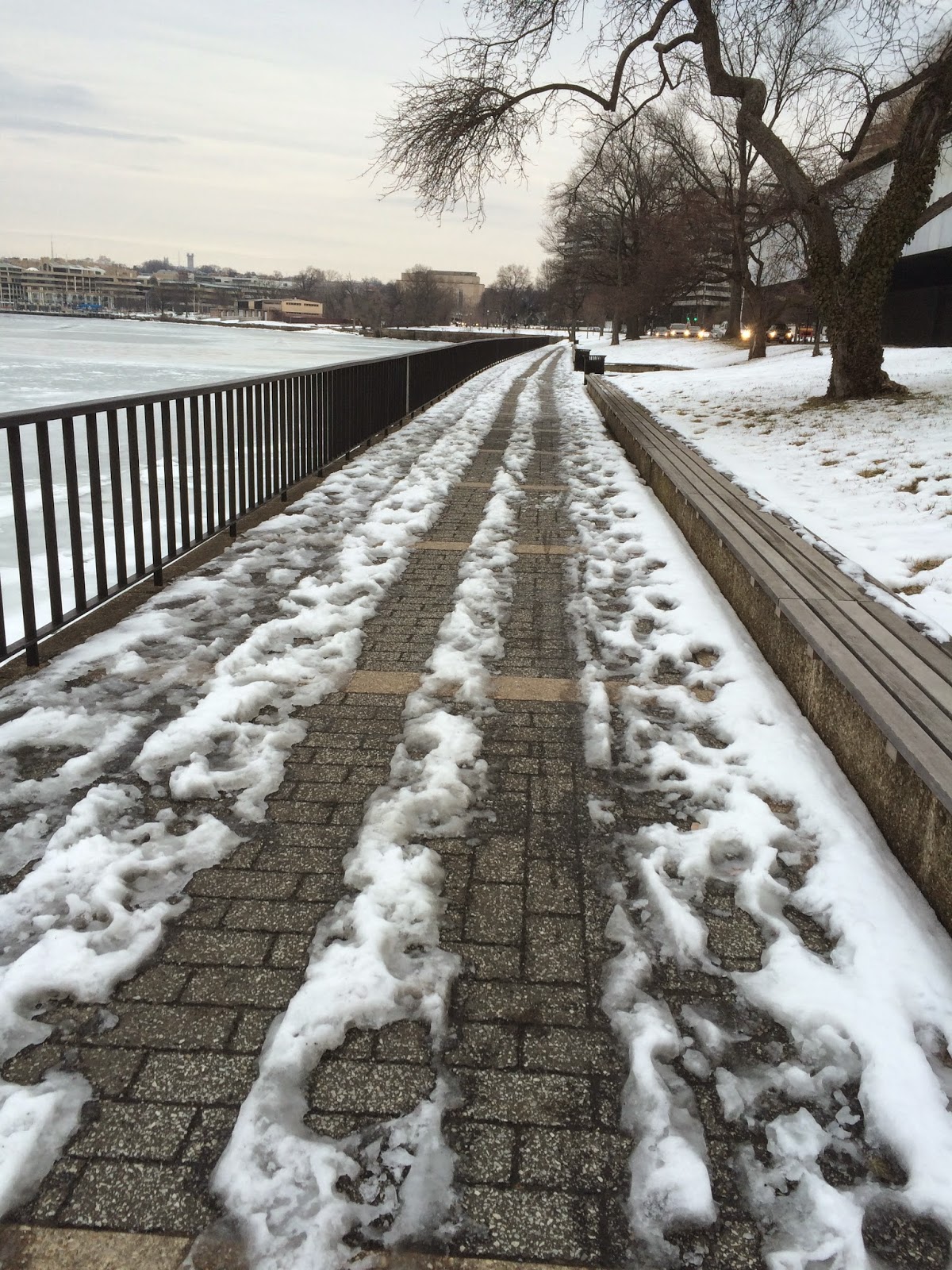 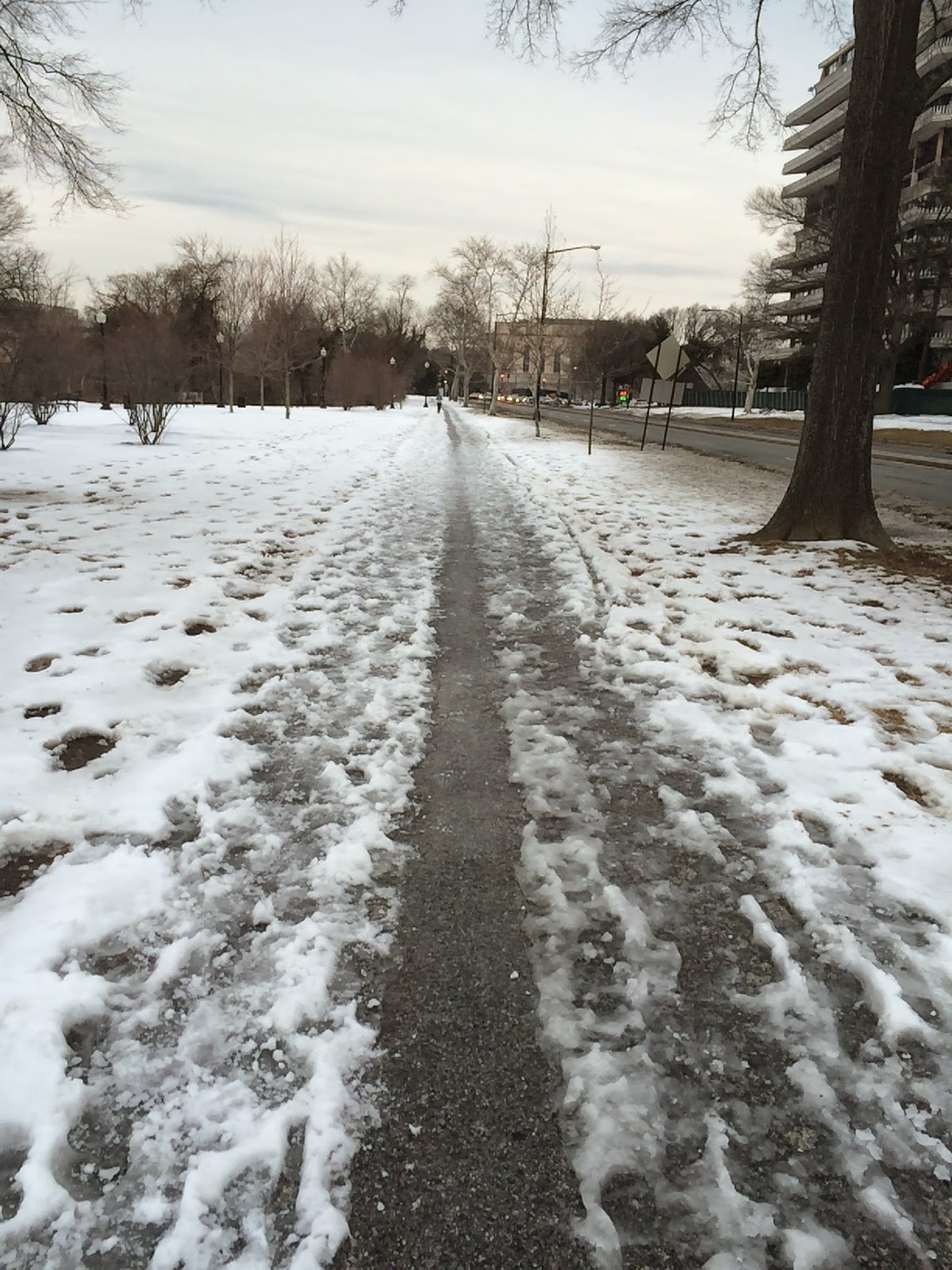 after the snow, ride where cars go
where only bikes, nothing but 'yikes!'


In other news, I'm taking a twitter sabbatical. I love twitter. It's pretty much the way I interact with the most people- bikey people, DC people, #bikeDC-y people and otherwise- and it's the way I consume most of my news and information from the outside world. So, in all likelihood, I'll probably miss it and I'll probably miss things. But that's ok. I'm just feeling a bit of fatigue and a whole lot of dependency, so in the spirit of ceasing the exacerbate those feelings, I've deleted the app from my phone and made it so that it doesn't pop up on my browser when I first log in. What I'll do with all my newly found free time (over the next few days?), I don't know. Probably play some Sudoku.