I rode on Friday and I took some notes to write a proper post (notes consist of me sending myself an email with words like 'bridge' and 'what happens when you don't push the button. It's a very professional operation) but then I was otherwise occupied over the weekend and so now I'll just mention two things quickly and we'll move on to today (I know you're in a rush):

- a guy on the bike in front of me, the guy was wearing a trench coat, but that's beside the point, had gum in his mouth and then he spat that gum out and it went flying off to the side of the road and didn't come anywhere close to me. But the guy in the trench coat, he turned around and he looked at me and he said "Sorry!" What's wrong with you, #bikeDC? You've gone soft.

-  I wonder how many of the pedestrians I see who freak out and jump back every time a bike comes within 10 feet of them are the same people who think nothing of driving their giant cars within inches of a bicyclist. If vaguely nearby bikes are so terrifying, how do you think someone on a bike feels about a much closer and much larger car? Oh well. 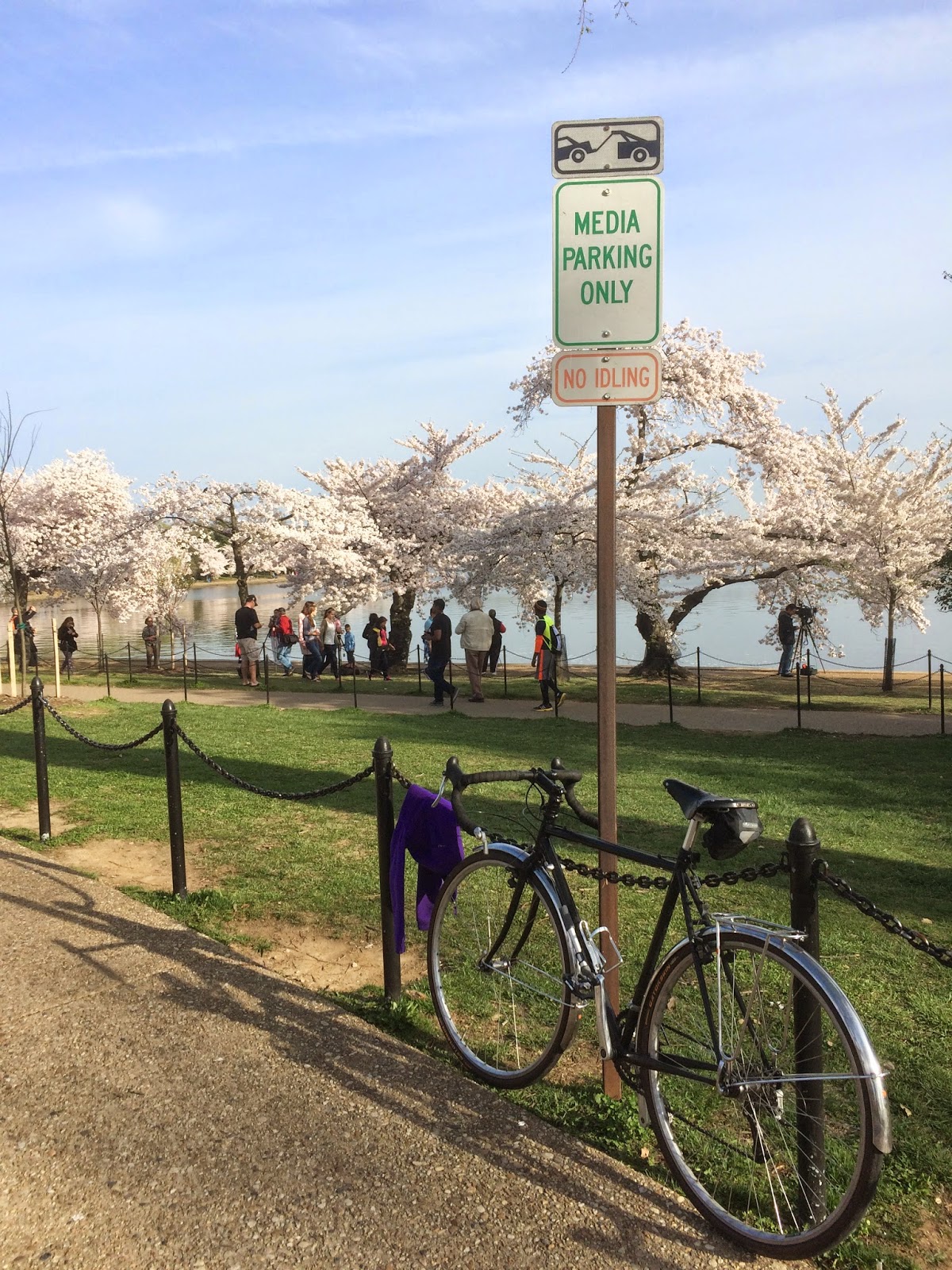 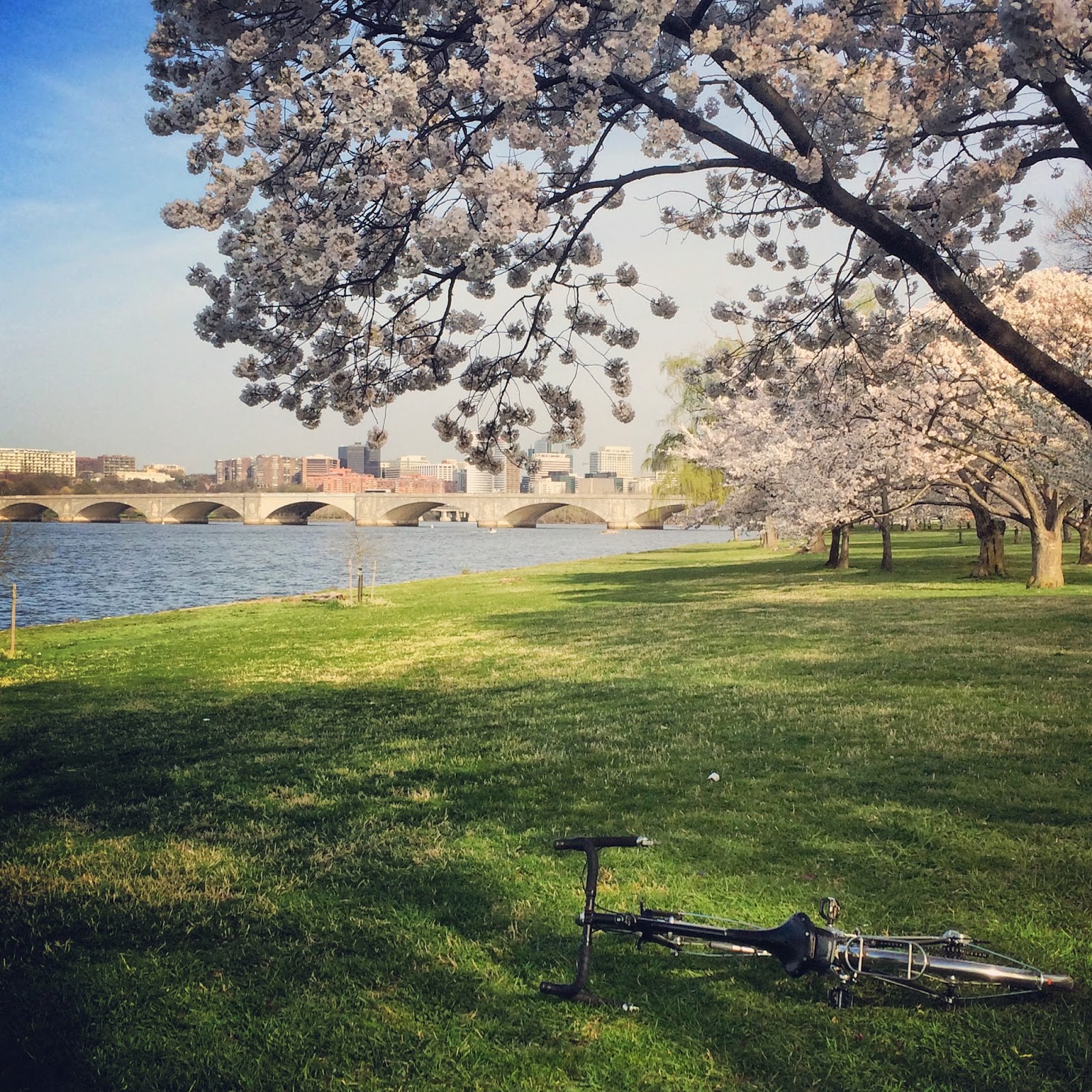 Then it was the usual way uphill and to work slowly and then back up through the quiet streets and generally all things were quiet and good, as morning bike commutes are allowed to be.

On the way home, I wanted to take the longer way as the weather was nice and I didn't want to waste it. I took to the Capital Crescent Trail and had a brisk ride, one brisker than maybe I even intended. Not much good taking the long way when the long way turns out to be even faster.

I took Virginia (ovebuilt) to E (overbuilt) to the Ellipse Parking lot (why?) and got myself stuck behind a bunch of temporary fences and the Secret Service had to let me out. The officer obliged, but he could've equally been like 'no, get out of here' and that would've been a fairly reasonable response. I guess you just used to encountering weird security barriers when you bike around DC and for the most part, provided you're decently polite, things go fairly well, but it is a kind of strange 'normal' if you think about it.

I rode up the hill behind a guy on a fixie. He sorta crushed it. Good for him.