Of the many things I try to anticipate happening as I ride down the hill on Massachusetts Avenue, the appearance of a doe with a fawn in tow, slowly ambling across the street, stopping four lanes of car traffic (amazingly) was not one of them. It's not too shocking that there's wildlife in the city- especially so near Rock Creek Park and I've seen deer farther up Massachusetts by the wooded areas in front the apartment buildings between Wisconsin and Ward Circle, but I can't recall ever seeing a deer hereabouts and this early in the afternoon. Naturally, being DC's 37th best urban fauna blogger, I decided I would document such a sight and so I snapped this picture:

It's where the deer were before they moved in the too long time it took me to get my phone out and switch to the camera setting. You don't get to be the 37th best urban fauna blogger for no reason.

They ducked through the verge and I poked my head through and did manage to capture this blurry image. 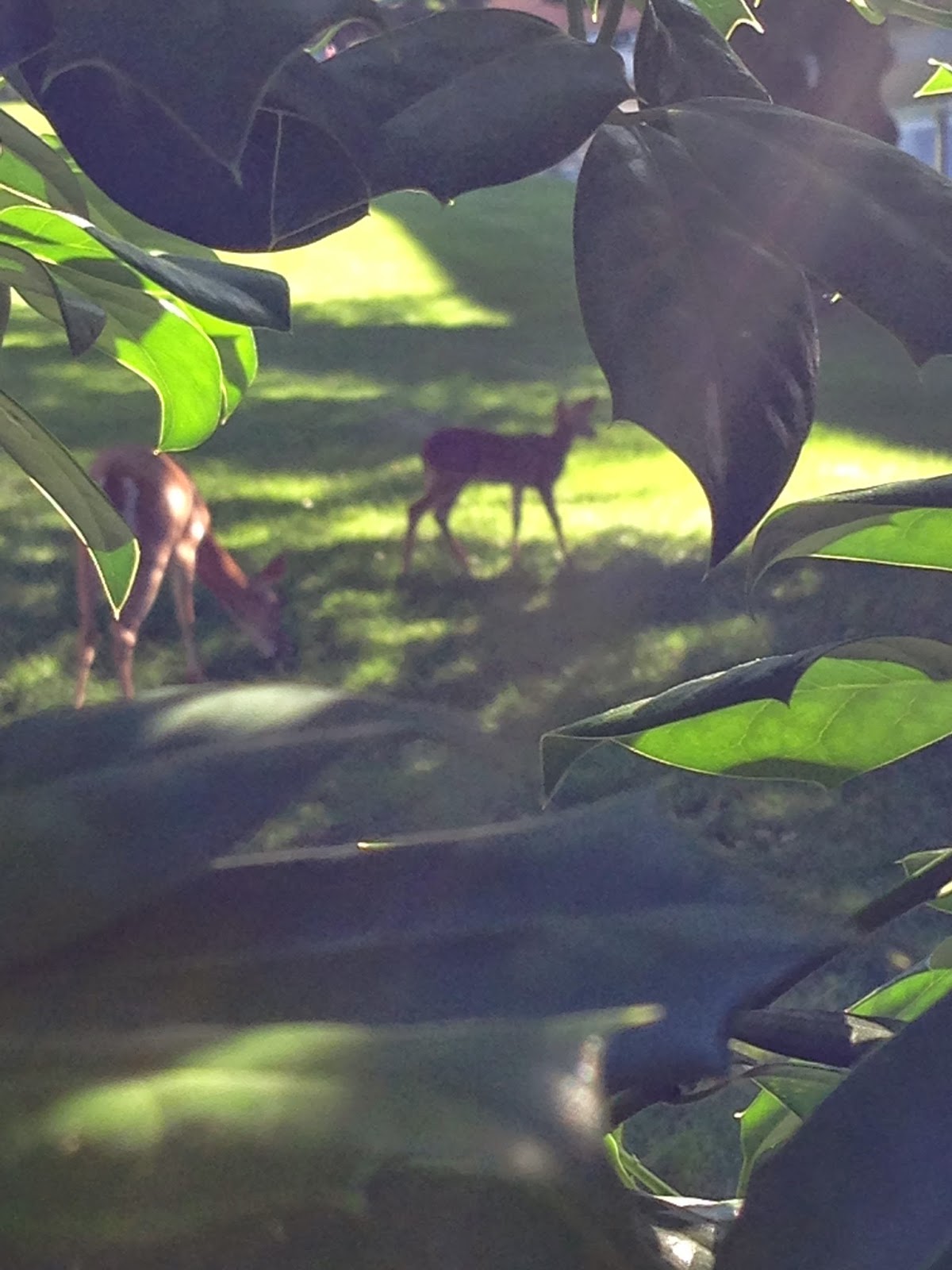 The deer enjoyed the grass between the Brazilian and Italian embassies, both for prancing and for eating, and maybe also this means something about the World Cup. Speculate wildly!

Worked my way to and through downtown, but it wasn't so much work as the afternoon was splendid and the weekend was nigh. At 15th and Penn, I rode up behind some Segway-mounted Bike and Roll tourguides (this must be the "and Roll" part) and they asked if I wanted to get in front of them, but I declined, saying that I would pull around once we got moving and then I did that and then I was stopped in front of them and the next red light a few blocks down when one of the pair told me that he also had an Ogre and we both agreed it was a cool bike. He asked about the Jobes bars and I told him that they're made by a guy named Jones and I hope that I was accurate in that and didn't just come off as flip because really I was trying to help.
Guy passed me riding up the hill through the Capitol grounds and I briefly thought about trying to stay on his wheel and I gave up because who cares and not because of the wheezing and whatnot. Yes, that's what I'll say [whistles tune all cool like].
Saw some tourist Buddhist monks taking some tourist pictures in the plaza where tourists take pictures of the Capitol. Desire is the root of nearly all suffering. Congress accounts for the rest. [zing]
Don't remember much of the next 16 blocks. Either nothing eventful happened, it did and I've forgotten it, or it did and I'm pretending it didn't to drum up some clicks for tomorrow's post in which I reveal that one amazing thing that did or didn't happen that will blow your mind. So, yeah.