A few things from the morning:

- Funny thing how much harder it is to ride to work when you've got brake pad rubbing, preventing the free movement of your rear wheel. But it makes you stronger! Because bike commuting isn't hard enough already sometimes. I fixed it later, which is to say I had it fixed, but more about that later.

- First time up 11th to R to Massachusetts in maybe a couple of months. It's shorter than riding across town (either via the Mall or Penn and M) and faster too. I think I know this and I think I knew it, but I learned it again. I saw Ted on 11th (hi Ted!), but not much else noteworthy. R was a bit of a cluster and mostly because there was no car traffic and that fact gave drivers license to go as fast as they pleased and that's typically at a speed faster than which I'm really comfortable biking around. Bike advocates, whoever they are, always like to talk about how bike commuters and car commuters are on the same team- one less car! build bike lanes and I'll stay out of your way! more room for you!- but sometimes the uncomfortable truth is that, maybe, I'm not super-thrilled about a world in which the fewer drivers are allowed to go super-fast near the more of us on bikes. It's unpleasant. And as much as I'd like to say 'see? look, open road for you! all thanks to my biking!', I can't help but think 'gosh, I wish the road wasn't so open so you couldn't drive so fast on it. Like, we convinced everyone not to drive and this is how you do us? dude.' I don't know. Maybe it's a design problem and maybe it's a paradigm problem or maybe it's both. Like, I want us all to be on the same team, but it seems hard when the goals (vroom vroom fast car vs. not be around speeding cars because they are unpleasant) seem so diametrically opposed. I guess I'm conflicted.

- They've opened a cafe on the grounds of the National Cathedral. If they threw in some discounted scones, I'd probably convert to Episcopalianism. It's a pretty nice space, but more importantly, it's at the top of the long climb at the intersection of Mass and Wisco, so it basically never not a good idea to stop. No bike parking, unfortunately. But who's going to steal a bike from in front of a church? Oh, bike thieves? I see. Anyway, place looks like this: 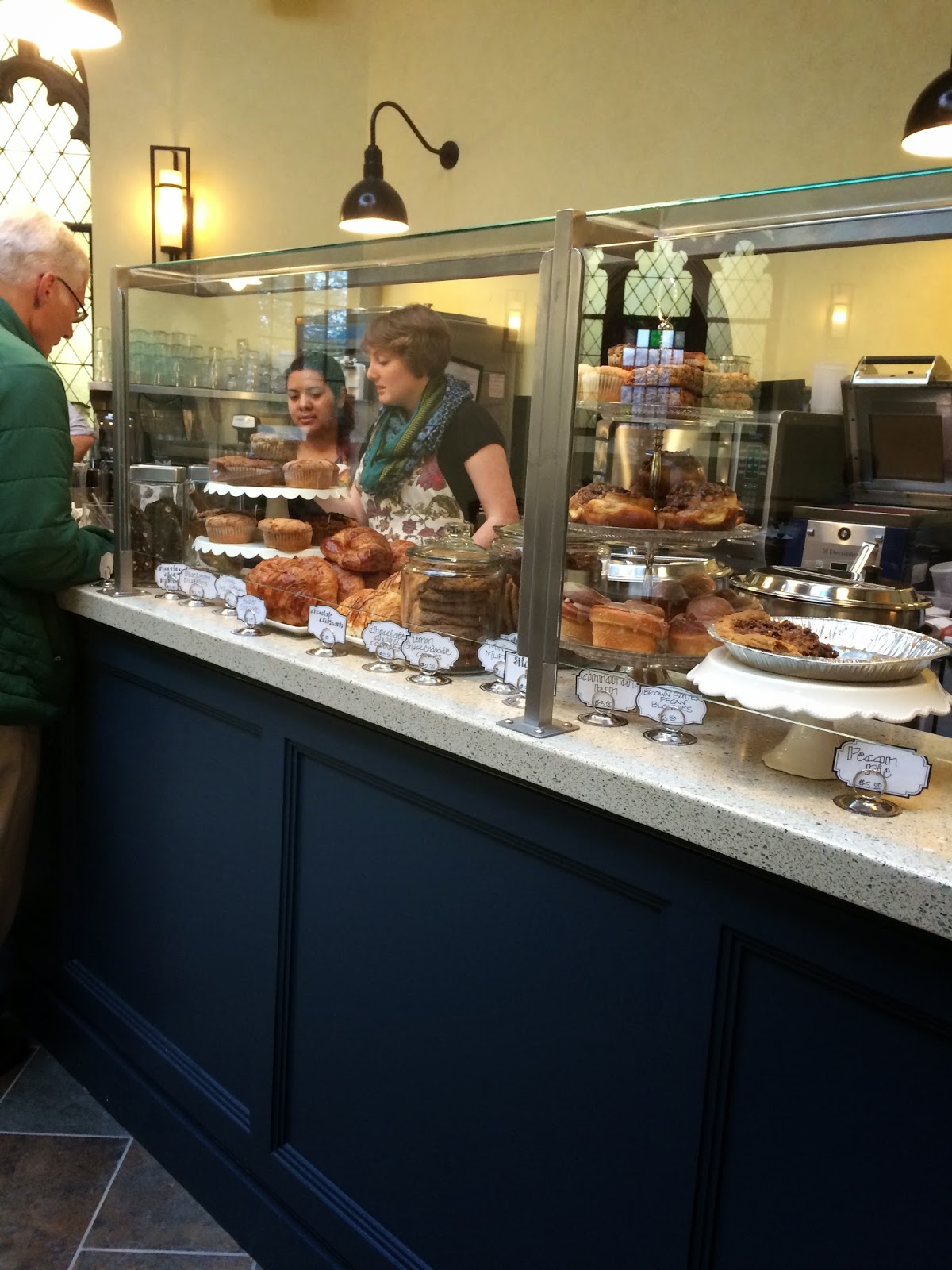 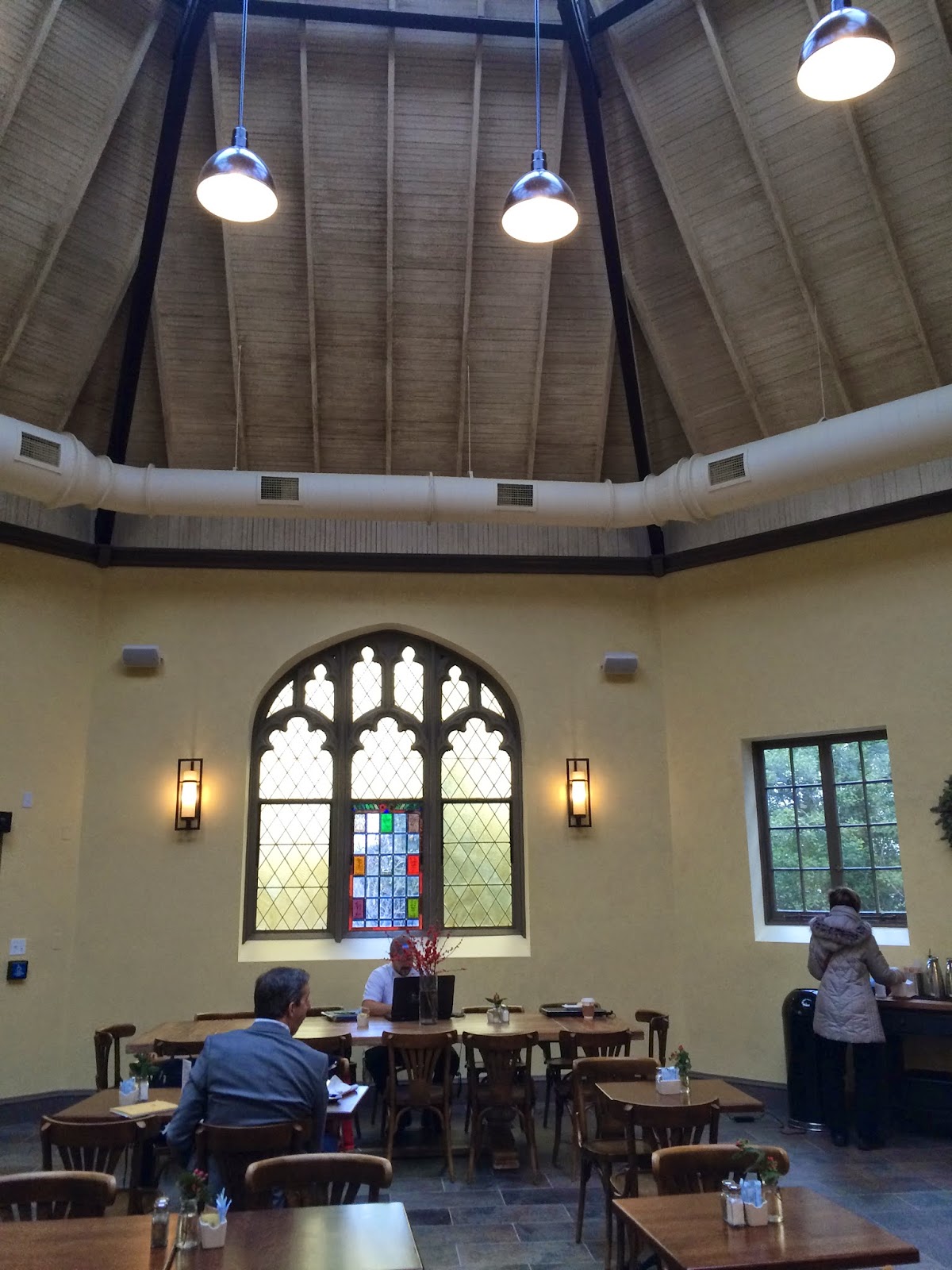 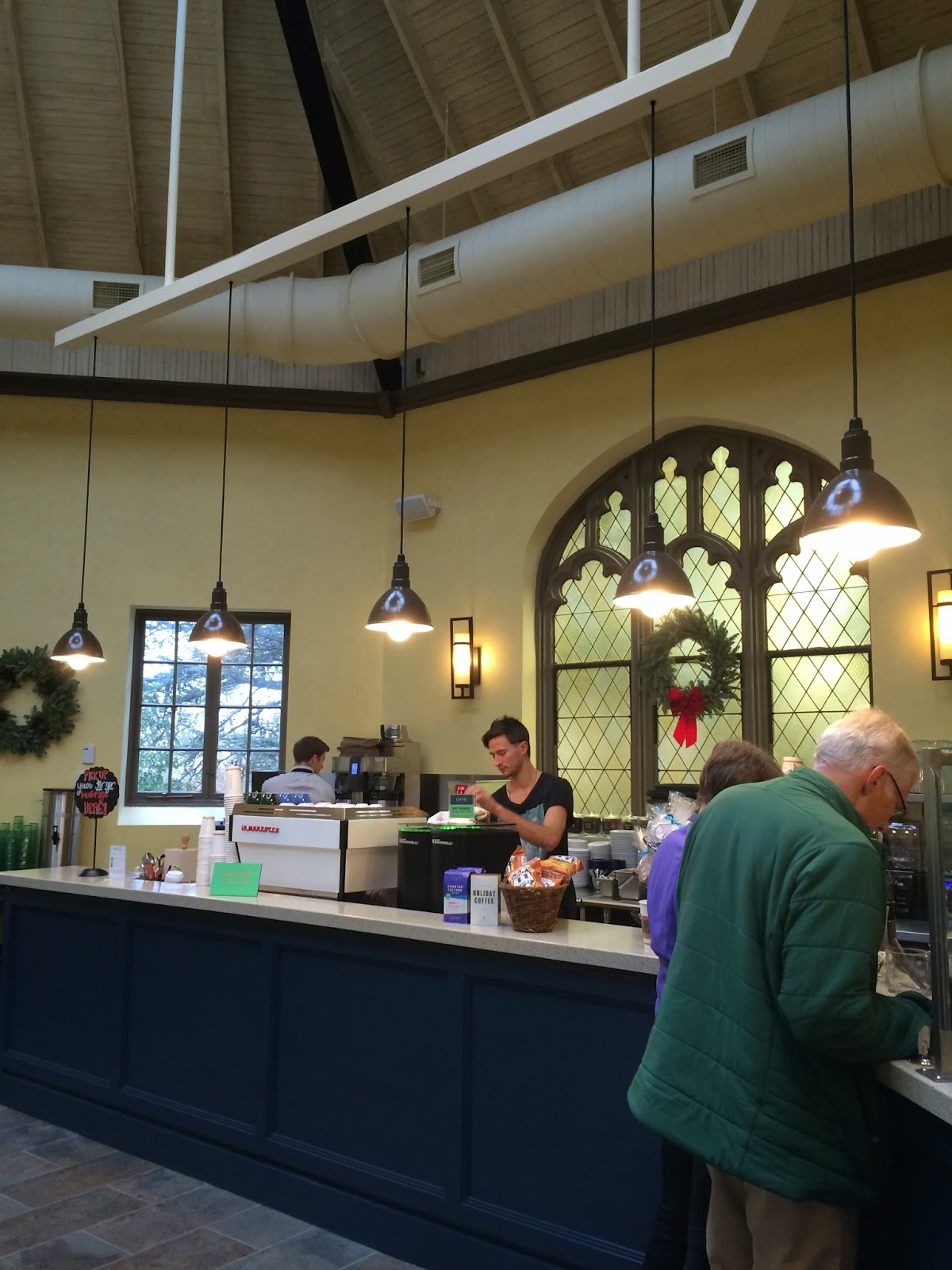 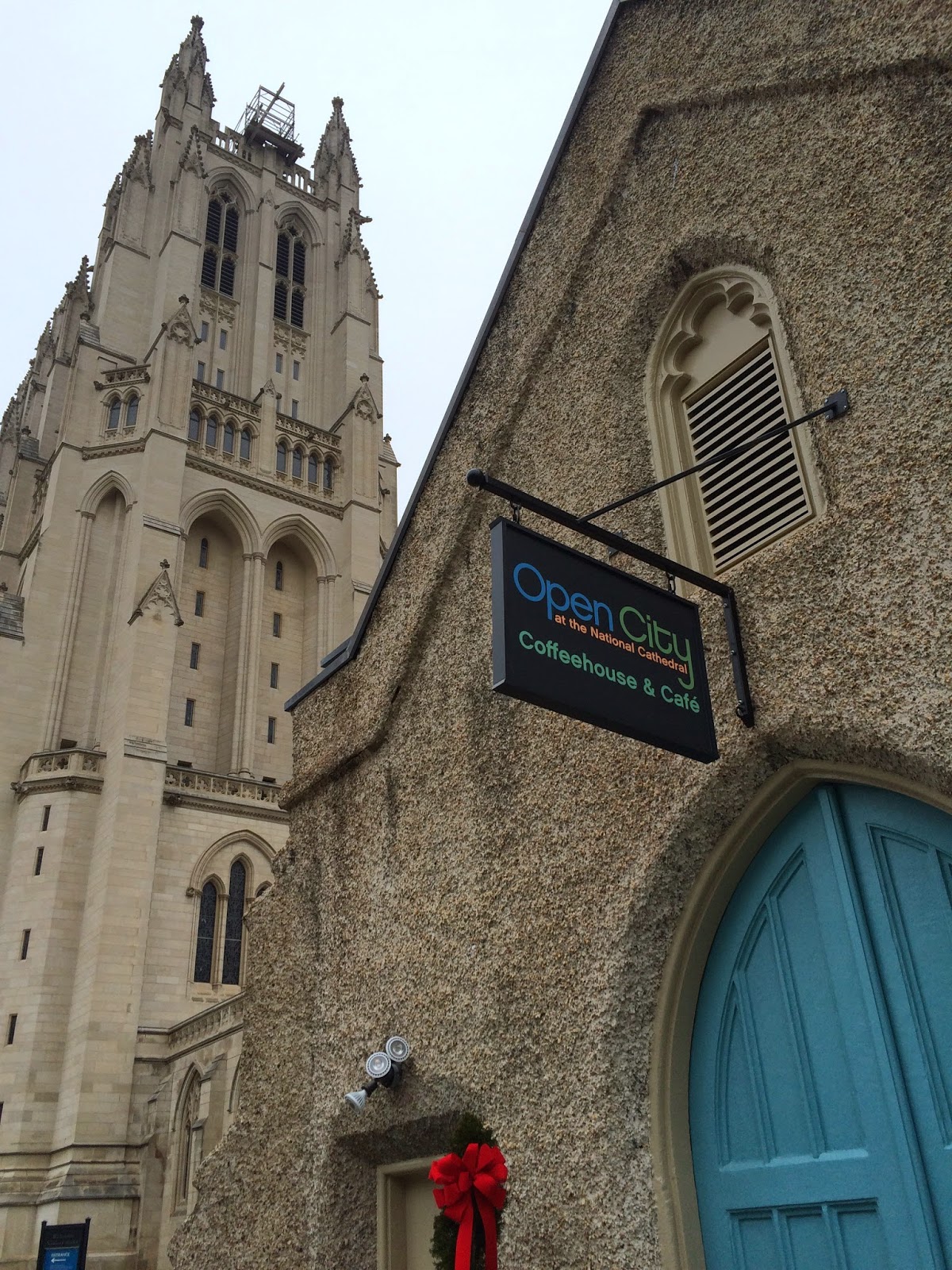 A thing from the evening:


It was cold and raining. It could've been worse. I remember being in high dudgeon about something or other, but I forget what it was now and that's probably for the best. Massachusetts to 21st to L to 12th to M to 7th to the not-yet-moved BicycleSpace, where an able mechanic ably fixed my brakes. They say that you learn from your mistakes but I'm wondering how many more mistakes I have to make before I learn to never try to fix anything on my bike itself. Speaking of mistakes, from the shop I rode by the Verizon Center, which was hosting an event (hockey?) and cycling near an arena on an event night just tends to be a terrible idea. Because cars.

E Street, Columbus Circle and Massachusetts some more. Rounded a couple of parks, then I was home and happy to be out of the rain for the few minutes it took me to leash up the pups and go back out in the rain. Last commute of the year tomorrow.