I thought that maybe I'd be working from home today, but that didn't happen and I found myself riding to work maybe an hour later than normal and I took the long way by Union Station and up First Street and the Met Branch Trail. First Street, a work in progress, but with much promise upon completion, hasn't quite progressed to the part where it's noticeably different from bicyclists. There are some no parking signs and that kinda makes the road more passable, or would, were not the lane in the opposite direction blocked by construction equipment. Anyway, I shouldn't be surprised (or even bummed about this) because it's a 6 month project and we're maybe even barely over with month one.

Another promising work in progress (since 1970 something, I think) is the Metropolitan Branch Trail and the infill along the trail continues with the construction of more buildings, most of which are housing. This one, by New York Avenue, was finished recently. 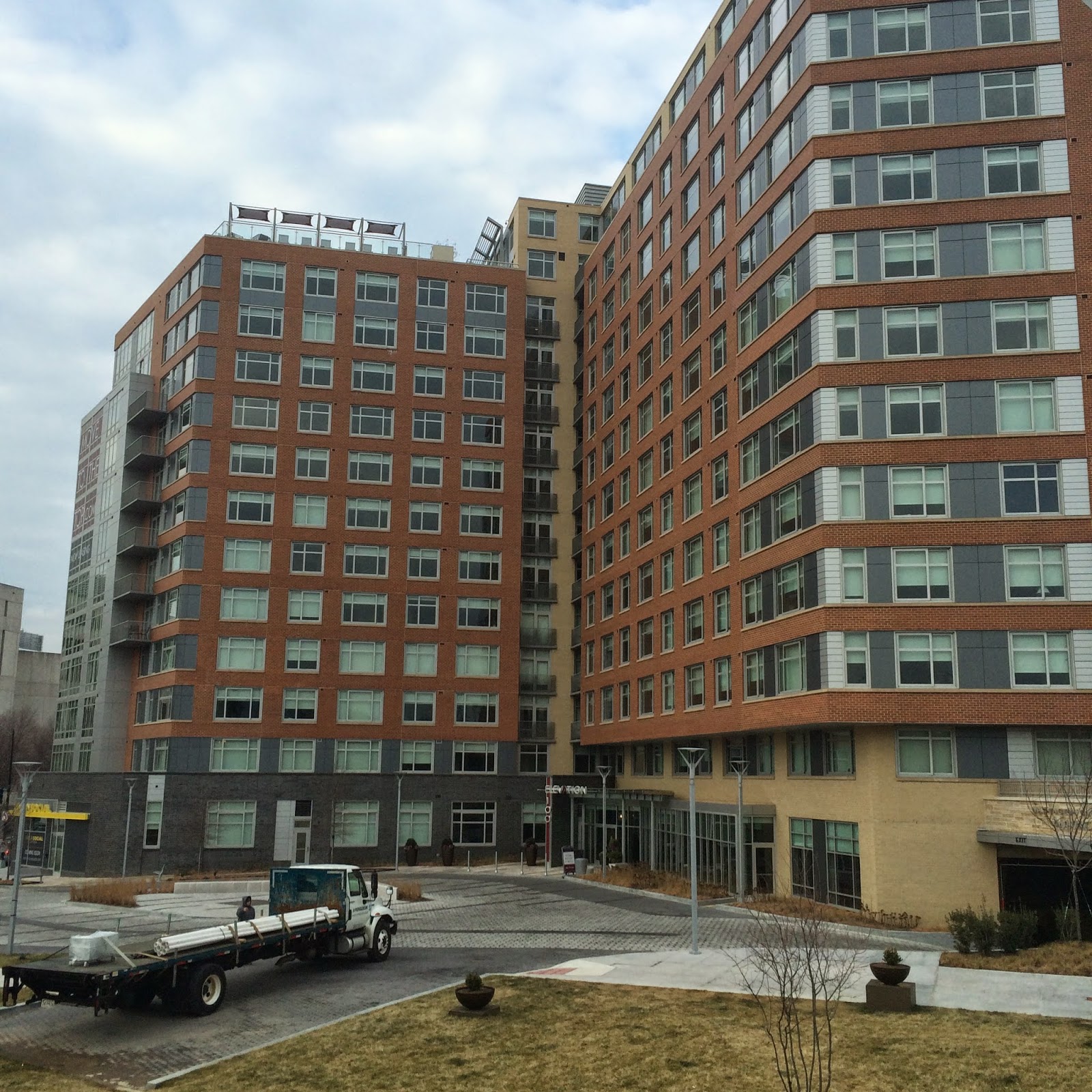 And this building has next to it some kind of semi-private-but-maybe-public dog park! 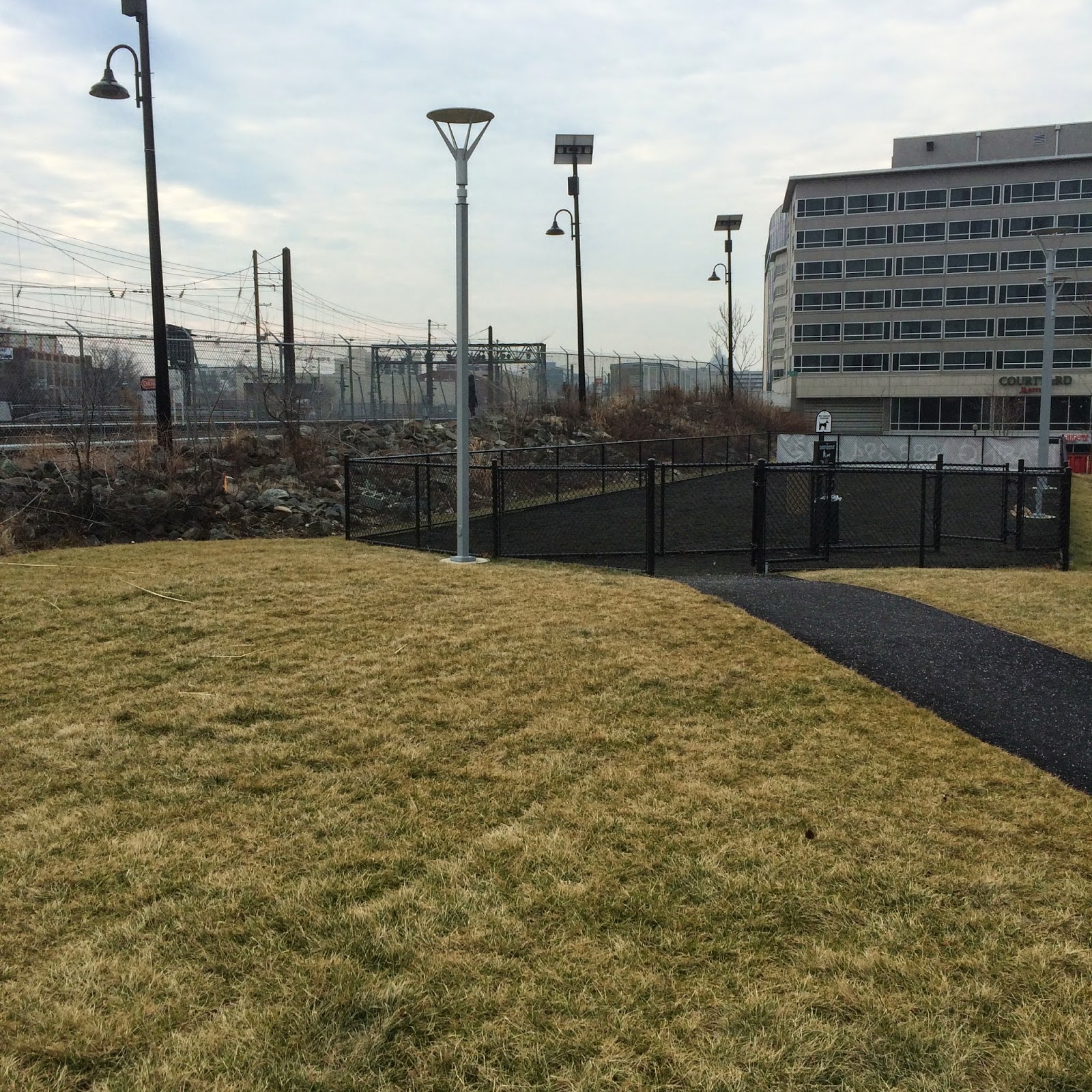 What I like about this is that dogs have a place to play and also dogs can provide vital 'eyes on the street' that Jane Jacobs wrote about, though maybe not in reference to dogs. I can't remember. Any more activity along the trail front is better and while I'm not sure that it will ever be a really active and dynamic area ('Hey Fido, let's hang out by the railroad tracks!'), this is a massive improvement. What I also really, really, really liked is that access to the trail (or access to the dog park from the trail) was unimpeded by any gate, latch or door. There was just a gap in the fence and a walkway through it. So much of the tension in the city is over what's public and what's private and making things private that should be public (or insisting that they are, when they aren't) and it's nice to see the dismantling of any #CONFUSION that could arise from a gate blocking the walkway to the dog park from the trail.

I took R Street across town to Dupont and rode Massachusetts up the hill to work. Here's a picture of a statue of Nelson Mandela that someone saw fit to adorn with a scarf.

I like the gesture. There was no scarf on the Winston Churchill statue across the way, nor any kind of neck wear, perhaps on account of his lack of neck, on the Khalil Gibran 'bust?' in the park next to the South African embassy.

During the day, this happened:

But it was all gone from the roads by the time I rode home. They were wet, but there wasn't any ice or even slush. Just wet roads and there was very little issue in managing them, aside from the usual inattentive driver and bus driver without good spatial reasoning. I followed a driver who's pickup truck had at least 6 (that I saw) Carolina Panthers decals on its rear. You don't expect to see a lot of amazing things on your bike commute, but encountering the world's most virulent Carolina Panthers fan is something I'll remember for a really long time. You don't put 6 Carolina Panthers stickers on the back of your pickup truck in order to be forgotten.

I feel like I've been riding with a lot of tension in my neck and shoulders lately. Really have to cut back on the shrugging.