Pretty standard day. This is default winter. This is baseline winter.  It's fine now, with the memory of far worse days barely faded, but come March, when these kinds of days linger, I'll be quite sick of default winter and desperately craving default spring. Default spring is the best. Default spring is also the name of a generic Slinky you can buy at the dollar store. This is not a good investment. It will break the first time you send it down the stairs. You will cry. You shouldn't cry because you should've known that this is what you were getting when you bought a generic Slinky at the dollar store. Do not send your generic slinky from the dollar store down the stairs. I repeat: do not do this. It will not work out well. Also, there's no equivalent of the Slinky song for default spring. I'm also realizing now that a slinky isn't really a spring but I'm not deleting anything I've written so far. I'm going to own it.

As you might've gleaned from the opening paragraph, not too much special in this bike commute. I took the Mall route and it was fine. Fineness is the default state of commutes on default winter days. Nothing wrong with fineness.

[This is the part of the blog post where I've run out of thing to write and am now checking my phone for pictures I might've taken. Hey look, here's one. Oh yeah, I remember this. Funny. Well, sort of]

I spent much of the ride uphill trying to think of a dumb joke and this is the dumbest one I could muster: Those who can, uck. That's who can't... don't uck?

Hill's not long enough, I guess.

I saw this on the ride home: 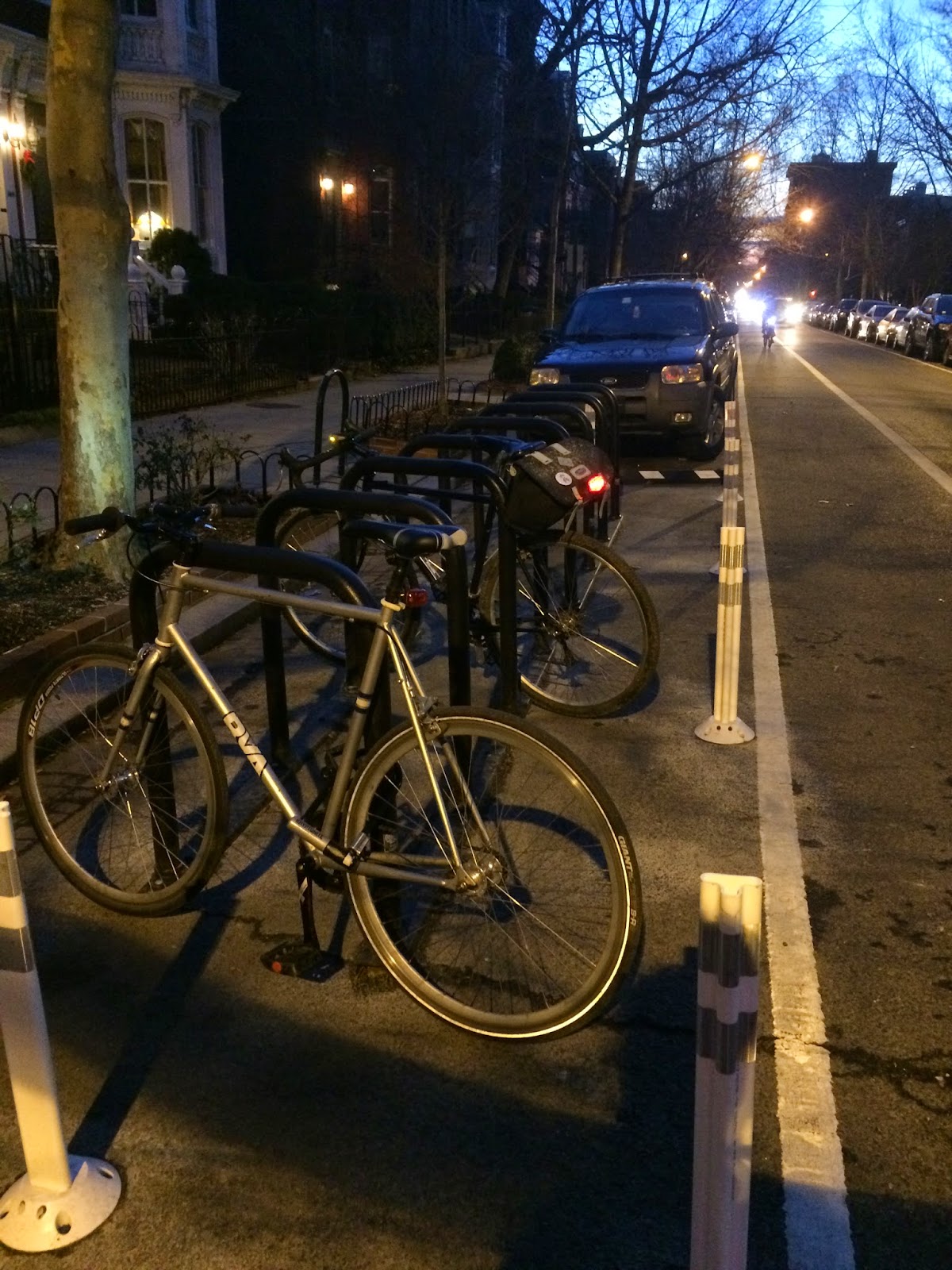 It's the bike rack out front of the Bike Rack. It's actually a bike corral. A bike corral reef? Anyway, this is a big deal because they removed two (2!) whole car parking spaces to accommodate a bunch of bike parking spaces and basically, how dare they! This is worse than ______________________ [insert worst thing ever]. Expect massive disinvestment from the 14th Street/Logan Circle area. Neighborhood's ruined. Game's over.

I did ride down 14th Street, which was a pleasure. Haven't wanted to ride it lately, but now that I've got stupid big (41) tires on the Cross Check, I finally feel equipped for extreme riding on difficult terrain. This difficult terrain includes mud, sand, rocks, gravel and 14th Street.

L to 11th and the traffic was mighty bad. June level tour buses in July. There was a march today and a crucial element of marching in DC is getting back on your bus afterwards because walking places without political purposes is just the worst.

I'll probably blog about the litter (the trash kind, not the kitten kind) tomorrow, so I'll spare you of that tonight. Quick up the hill and then I ran into Dave at Lincoln Park and we shared a few blocks as I "rudolph-ed" him (whose front light burnt out). We talked. It was nice to catch up.