I don't really remember yesterday morning's ride, as it was washed away from my memory by the waves of a few other more memorable events. The first of which was my mostly unfun ride down the Mount Vernon Trail to get to Crystal City. And then, the second was what happened in Crystal City. (Right here in Crystal City? It's a capital T and that rhymes with B and that stands of bicycling. But more on that after this next part)

Anyway, long story short, much of the Mount Vernon Trail was terrible. I think the last time we accumulated any ice was a week ago, but it hasn't been warm enough to melt all of it yet and thanks to the National Parks Service's commitment to CROSS COUNTRY SKIERS, who apparently love to ski on 10 foot ice patches, walk 30 yards, ski on a 4 foot ice patch, watch 40 more yards and ski on a 14 foot ice patch, there was ample hazard. Now, I'm an outdoor recreation enthusiast (I guess) who's part of a pretty niche group who most people think are pretty marginal (winter bike commuters), so I can understand, theoretically at least, wanting to cater to cross country skiers. I guess. But at a certain point, the path is no longer ski-able and refusing to remove the ice then seems downright negligent, lazy, and, frankly, hostile to people who want to bike or run. So, here is my MODEST proposal to NPS, who undoubtedly will read this because NPS reads probably the top 40 most popular local bike blogs and I barely make the cut: when the trail is no longer 50% covered in snow and ice, plow it. See, that's pretty reasonable, right? That way we can pretend that we're throwing XC skiers a bone, but also admitting the reality that there is a far greater number of people who use the trail for non-ski activities than there are who do. This seems both fair and prudent, so naturally, it won't be adopted.

Speaking of prudent... When this question hit my inbox, I sorta dreaded answering it. Because it's kind of a complicated questions and passions tend to run a little bit high about it, especially among wackos. But I think I did a fair enough job. Though feel free to tell me how wrong I am. That's why I do it after all.

On to the second thing, the why of being in Crystal City (aside from the charming ambince and ovious touristic draw): it was to watch bicycling racing! Each Wednesday in the month of March, the Crystal City BID along with Team Crosshairs is putting on an indoor criterium-style (I think that means like DVDs that are all fancy) races in the basement of an parking garage. I didn't race (didn't want to embarrass anyone, namely, myself) but I did spectate and it was really awesome. Some bad pictures: 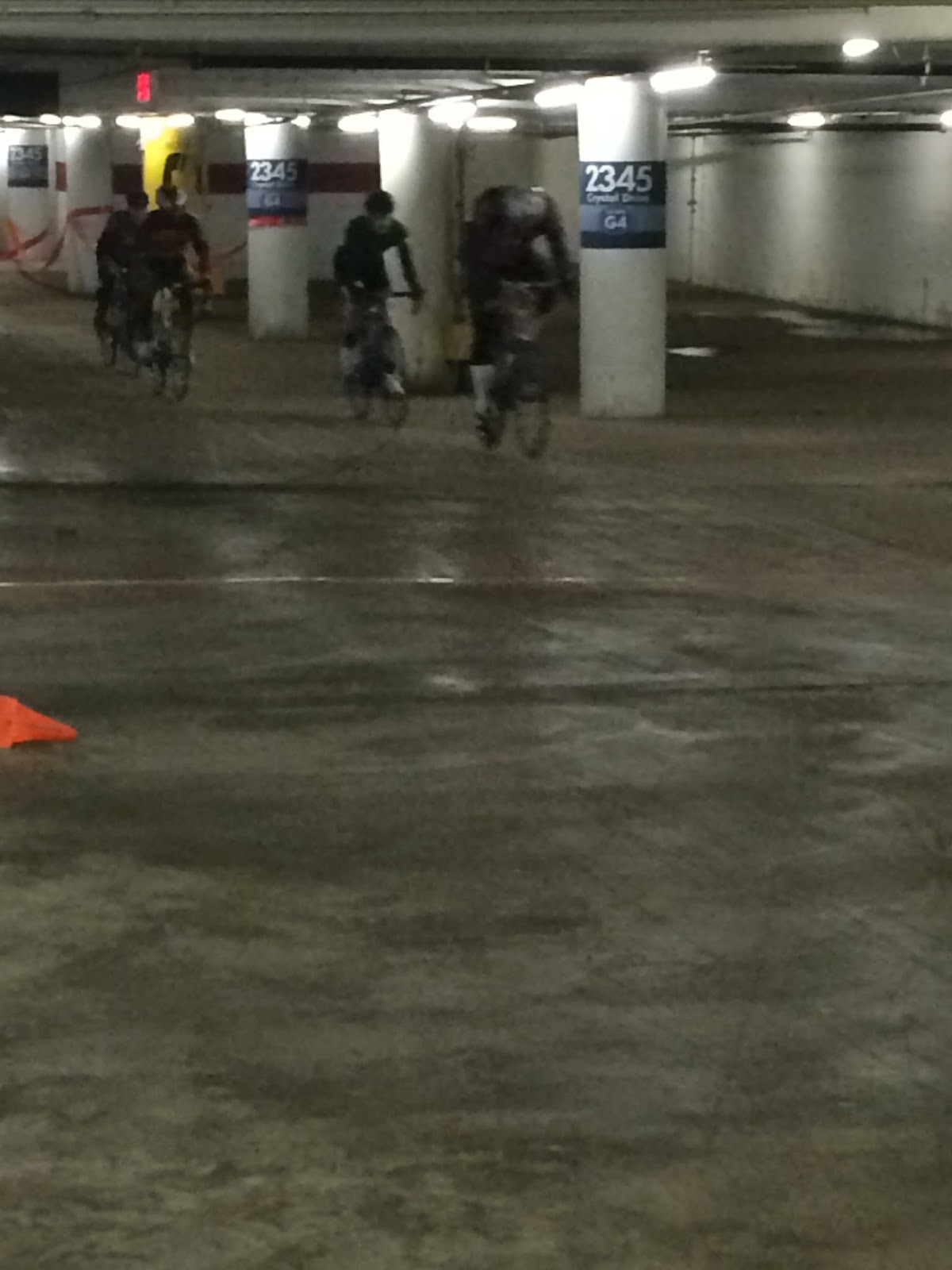 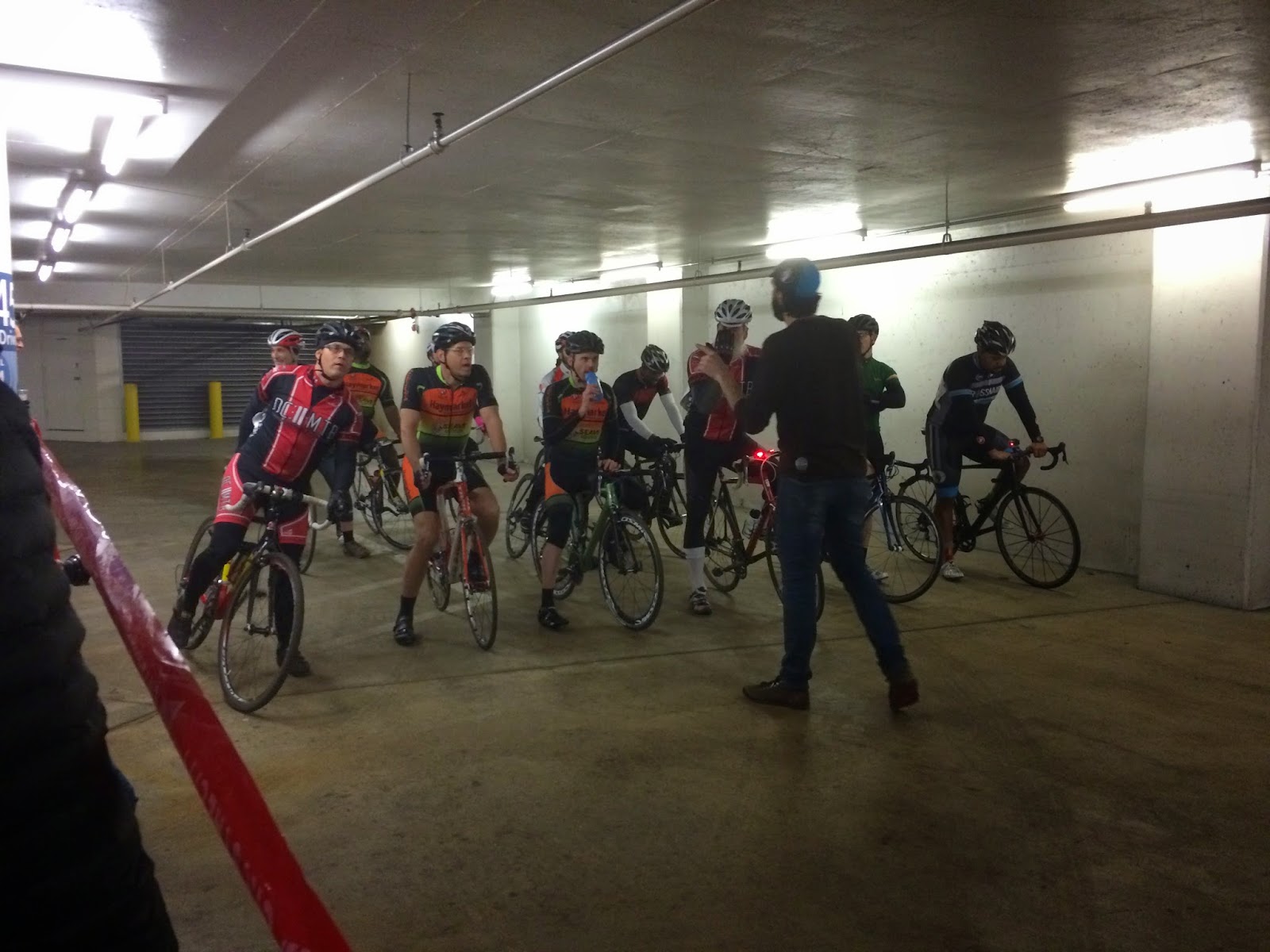 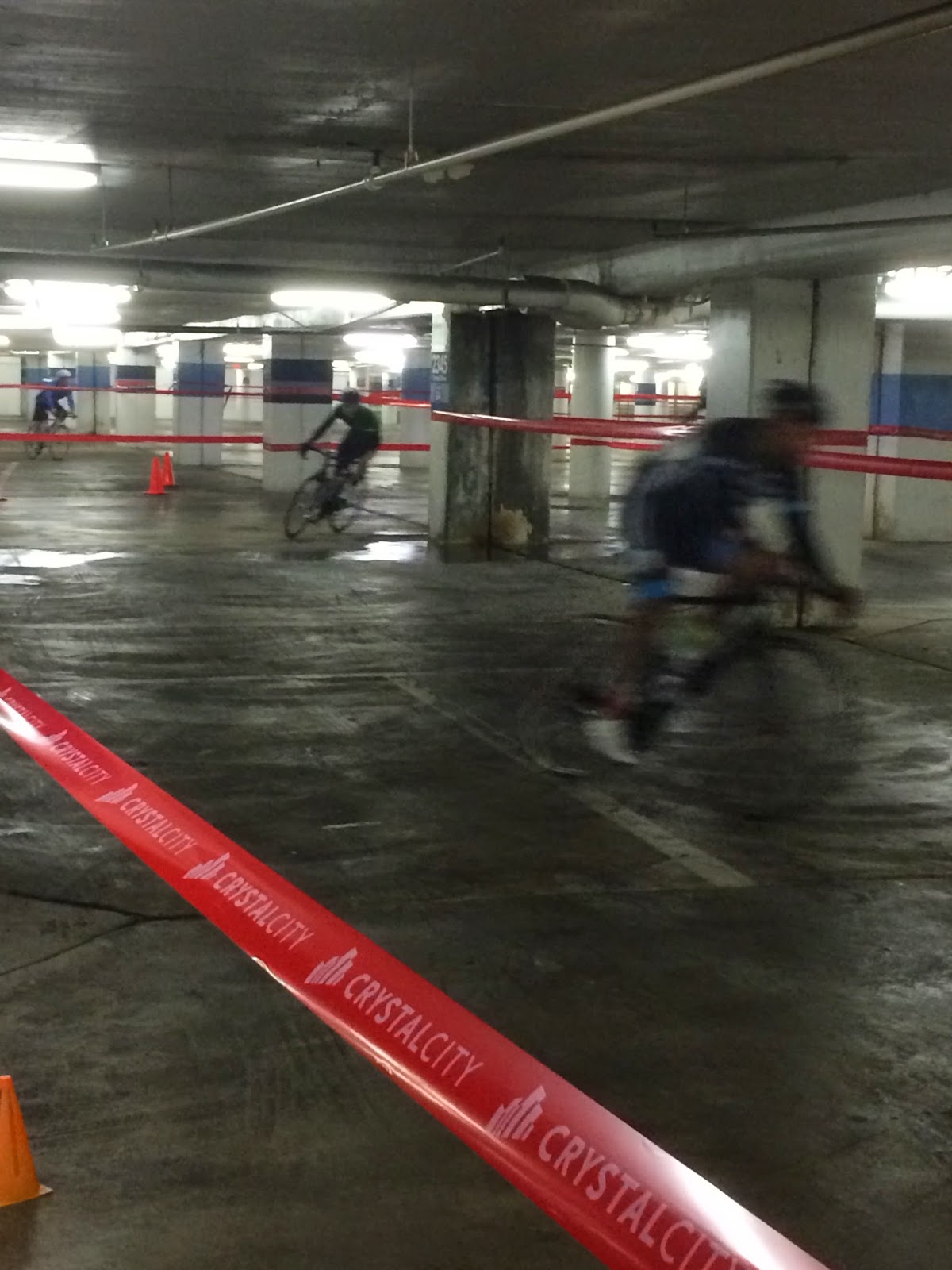 Anyway, I heartily encourage you to come out and give it a go if you're the kind of person who's into this sort of thing. Maybe, just maybe, by the end of March, I'll be able to delude myself into think that racing would be a good idea. And if you don't want to actually race, definitely come out and support the event because it's good for all of us when communities and organizations see bicycling as a social good with which they want to involve themselves. You can find a lot more about the event and more, better pictures last night by searching for #ccwns.

With ice, dark and fog facing me potentially on the ride on the MVT towards home, I decided instead to take the train back:

It wasn't so bad. And today, there was no work on account of SNOW, so that meant no bike commutes. Tomorrow might mean bike commutes, but we'll see.