the Professor and Mary Ann-

Here on Tales from the Sharrows!

It's getting to be such that the weather deities no longer hate us. Perhaps they have been sated by our offerings, burnt and otherwise. Or maybe it's just the rotation of the Earth about the sun. No way to know really. "Life is a mystery"- some lady. 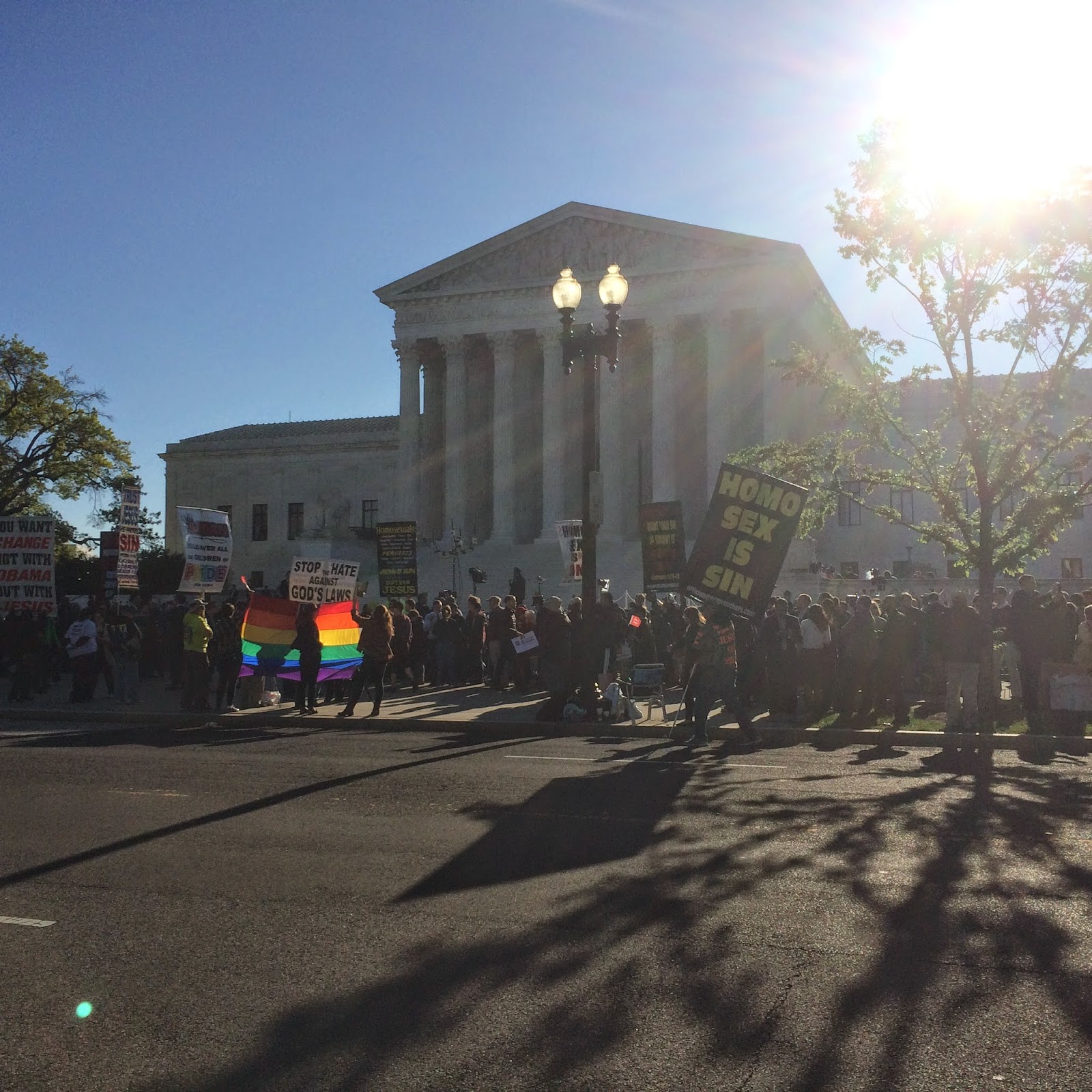 The highest court in the land (you'd think they'd put it in Colorado or something) was meeting today to jurisprude on marriage, opposite and otherwise. If I were a proponent of 'traditional' marriage, I definitely would've sought a change of venue. Hard to imagine that that viewpoint would get a fair hearing at a court named after the group of gay icon Diana Ross. Huge tactical blunder.

Then I rode down the Hill and along past the Mall and up past the river and down under the highway and then up the hill again through the fancy part of town. I felt good on the bike, which felt light under me and also springy. Maybe the bike was lighter because I rode a lighter bike this morning, leaving the tankish Ogre at home for a day of rest. Whether the rest was for the bike or for me, I don't know. BUT, I heartily recommend commuting on a heavy bike (most days). The mental and physical payoff you feel when you ever get to ride a lighter bike is immense. It feels like cheating.


Everyone on a bike in DC today looks amazing and I love you all collectively and individually
— sharrowsDC (@sharrowsDC) April 28, 2015


This was true. I got some guff for it. Maybe it wasn't guff. Maybe it was just "SAY WHAT? You're normally such a misanthropic jerk? Did someone put happy pills in your coffee?" But no, no one put happy pills in my coffee (so far as I know). I just felt great and I felt great because I could look at people bicycling- all kinds of people on all kinds of bicycles- for hours and it always, without a doubt, brings me great joy. Because people are super fascinating! And sometimes when the weather is just right, there's something in the air that makes people on bicycles look even that much happier. And happy people are great! We should have more of them! And so far as a bicycle is an incidental tool for the advancement of happiness, it should be highlighted. Yeah, you can complain about every other bicyclist on the road and I've complained about my fair share. But, can you do that everyday? It's hard, even for a misanthrope. Some days you just see people enjoying themselves on bicycles and you can't help but think "yes, I am glad to be seeing this. Not just glad, but lucky too."

The way home was Mass to 21st to L to 11th to Penn to East Capitol. It took as long as it took, but it could've taken longer and I would've been just fine with that.