M Street, through downtown, has a one-way cycletrack that is demarcated by some plastic sticks and parked cars. Parallel parking is hard. 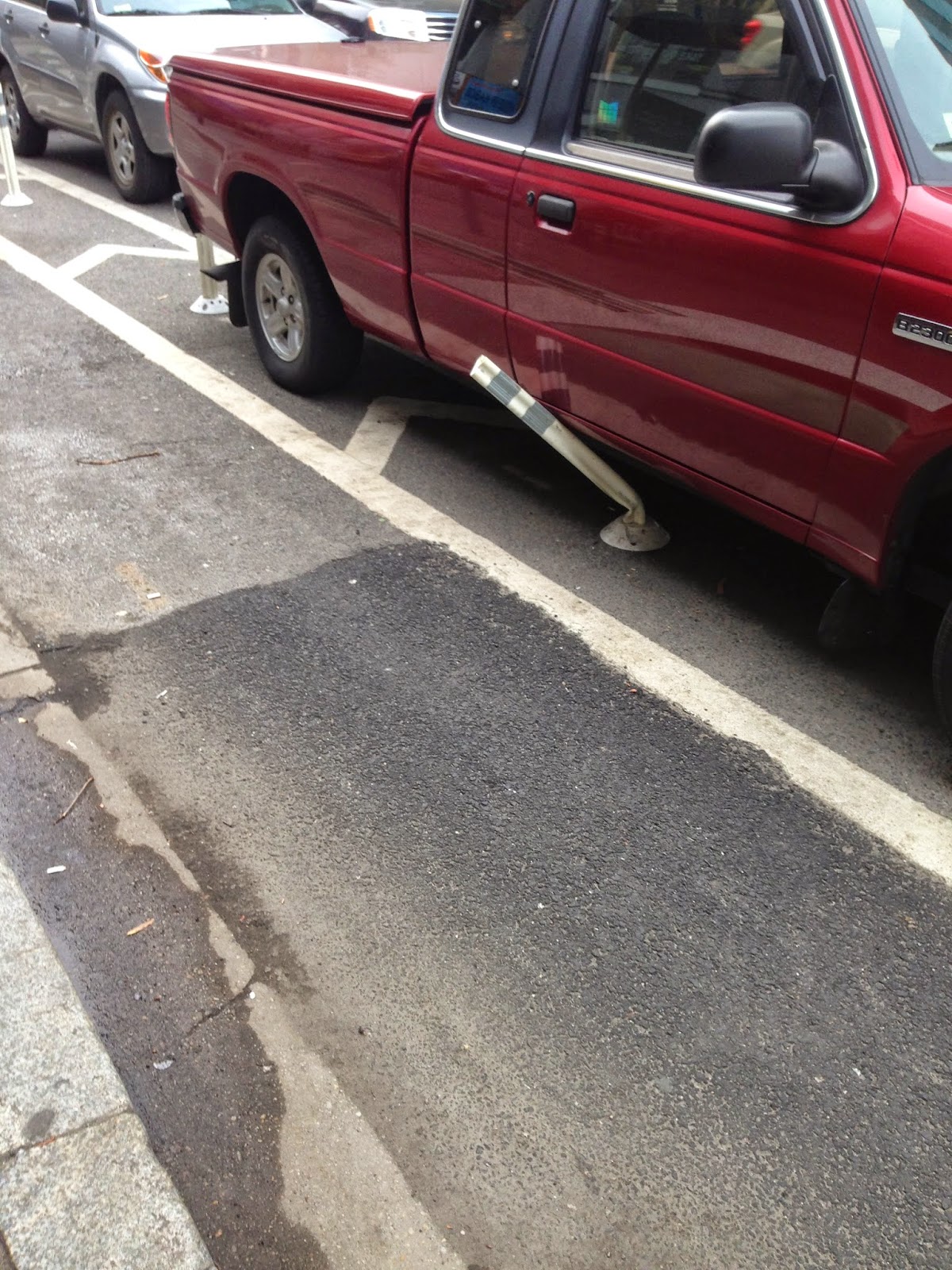 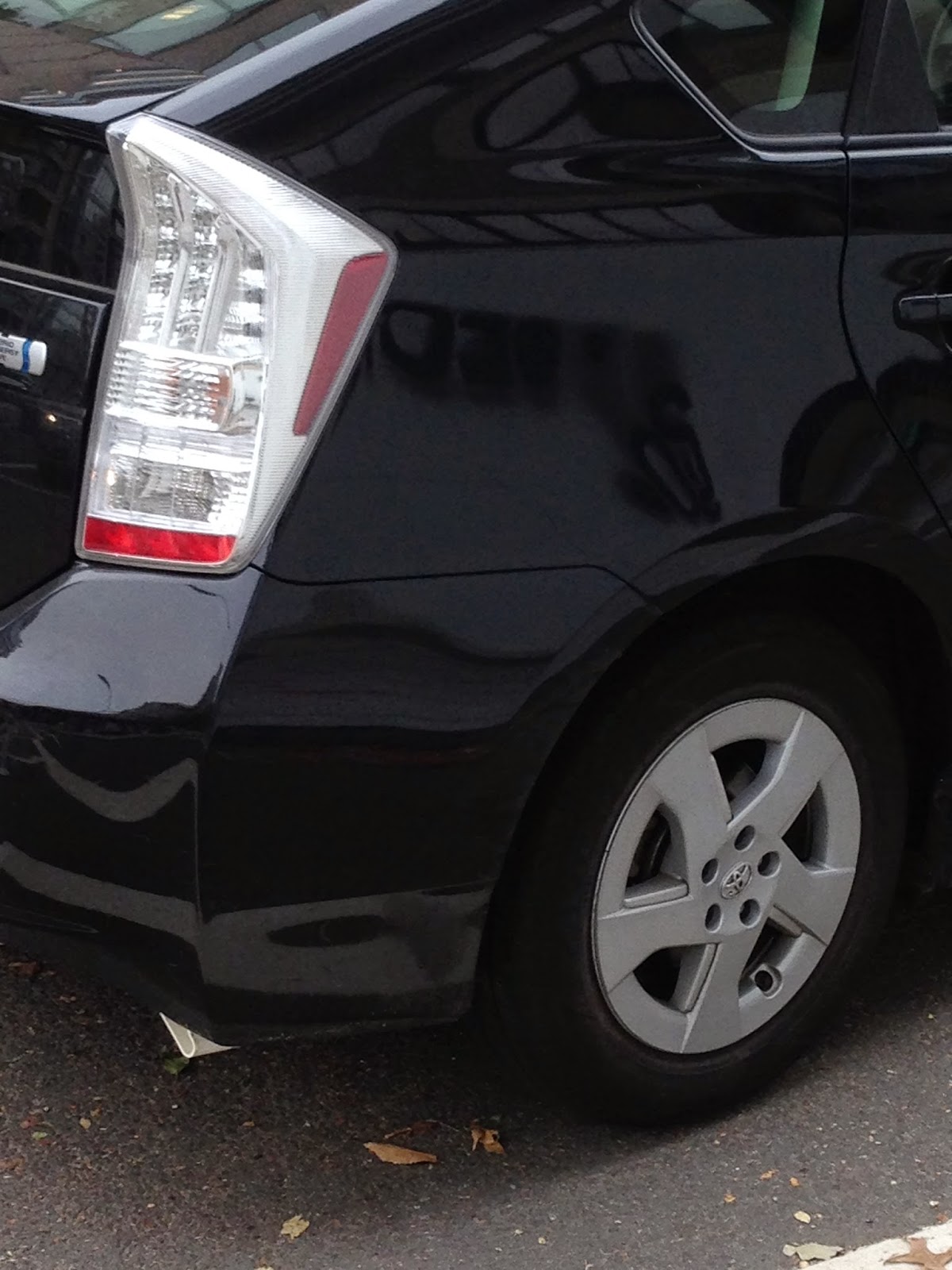 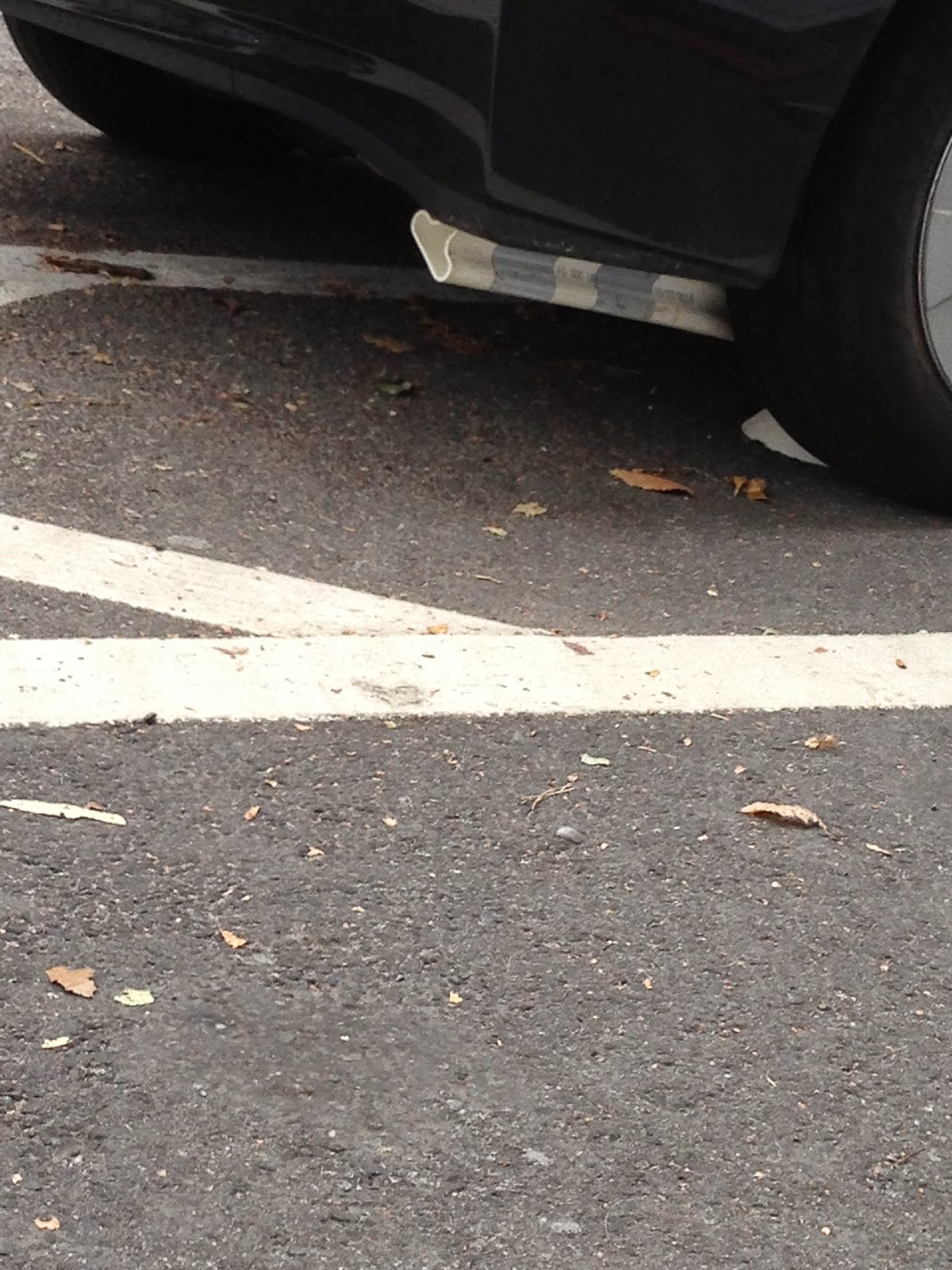 I mean, on one hand, haha, right? Take that plastic sticks! And really, it's not like these cars are parked in the bike lane, which is annoying and impeding and disrespectful. They're just parked on the plastic sticks that "protect" the bike lane- that is, protect the bike lane from cars (you be the judge of how well they're doing)- and so you stop and you silly pictures and then you use those pictures as fodder in a blog post 12 hours later on life goes on. I mean, it's all quite funny. Until, of course, you remember that the drivers who quite carelessly parked those cars on top of 30 inch tall plastic sticks aren't always parking those cars, but sometimes driving them at 40 miles per hour and sometimes in quite close proximity to bicyclist and you can't help but wonder if these same people who can't bother to not run over a plastic stick at 2 miles per hour (though maybe in reverse? though maybe squeezing into a tiny space) will do much better around you. You can certainly hope so. I certainly hope so.

Back on Massachusetts Avenue (and the sidewalk adjacent for the construction parts) and then 21st and L and 15th. There was a demonstration downtown and there were people with banners marching in the street and there were a billion cop cars and ambulances and drivers seemed to be quite inconvenienced by it all. One frustrated driver of a luxury SUV thought it'd be cool if he just cut off an ambulance with sirens flashing. I wonder if karma will cut him off.

I ended up in (the back of) a pretty rad Cat 6 on Pennsylvania and there was some real effort by all cyclists involved, including some epic too-close passing and some serious over-the-shoulder-glancing. I don't know. There are still way too many lightless cyclists out for me to attempt trying to pass another cyclist without being terrified that someone'd be coming in the opposite direction. One of the guys who might've gotten swept up in the race had a white flashing taillight. This is, how do you say, not right. A lot of people don't know this, but the custom of white lights in front and red lights in back was a result of US involvement in the Russian Revolution. In communist countries, it's red lights in front and long lines for Levi jeans in back.

My brakes made an awful noise all trip. Nothing terrifies pedestrians more than squealing bike brakes. I mean, they work fine. They just make a lot of noise. But squealing brakes just 'problem!' so with each stop, people on foot really snap to attention and seem poised to dive out of the way. I'm sorry! I don't like it either.

New Gear Prudence is out. It was a real reader question, too. So, thanks, real reader!