Since buying the Ogre, I've been peppered, not wrongly, with questions about whether I had any plans to take it on some kind of adventurous bike trip. The bike begs for these kinds of questions- clearly it's one meant to be taken 'off road' and on wild galavants through daunting terrain and to places other than back and forth through a city from a house to an office and barely through a puddle and around a pothole and mistakenly over a cobble if I make a wrong turn. In short, when I bought this bike, I overbought- the quality of the steed far outpaces my own abilities, both physical and imaginative, and to this point, I've barely attempted to do anything 'fun' with it, other than the further equip it with racks and tires and fenders and bags and doodads that suggest that it, and by extension I, am ready for it. But perhaps due to the zeitgeist or perhaps because of some desire to overcome the underlying hypocritical tension of having such a wonderful bike and having never taken it anywhere or maybe because the cool weather of October finally beckoned a trip of more than the most utilitarian nature, I decided that I'd skip work on a Friday and ride somewhere reasonably far away, stay over and then ride back the next day.

My goal was Shepherdstown, West Virginia, a place that I most likely picked because I had read of it before, most likely from the riderly adventures of the randonneuring dyad of Ed and Mary. It also seemed a reasonable enough far away distance to conceivably make in one day without being utterly devastatingly fatigued and it also seemed to have a hotel or two where I could spend the night. I do not camp. Perhaps I could camp, but I've firmly committed myself to the idea that the advances of human civilization have primarily been predicated on the invention of 'inside' and I'd hate to turn my back on hundreds of thousands of years of progress by our species. My route would be fairly obvious, the C&O Canal towpath, and along the way I would stop at the point of interest, Harper's Ferry, a place I remembered from history class, but had never visited. I also figured that since I'd be up that way and primed by the whole John Brown thing, I ought to check out the Antietam battlefield across the river from Shepherdstown and then make my way back via the southern outskirts of Frederick, home to the Flying Dog brewery, which itself is home to a tasting room, which is home to beers for sale and I packed money to exchange for some of that beer. This was the agenda and I carried it out in full. All told, it was around 170 miles, which is longer than 150 miles, but shorter than 200 miles. This concludes the quantitative portion of the blog post. On to thoughts and feelings:

I've ridden the C&O towpath before, but never as far as this. It keeps going well beyond where I stopped and eventually meets the GAP, which goes to Pittsburgh. There are many folks who ride and have ridden the whole distance and I give them tremendous credit for seeing it through. I didn't have the best time on the C&O and I think it's for a few distinct, but not entirely unrelated, reasons.

It was boring. A long straight flattish dirt path surrounded by trees uninterrupted for miles and nary a soul about sounds great, right? I don't know. I have a kind of complicated relationship with nature (woo sustainability! actually spending time in it? ugh) and I keep trying to convince myself that greater exposure, like a kind of inoculation, will make me like it more, but I'm just not sure that it's for me. Give me city. Give me people.

Loneliness. I was very lonely riding by myself and I didn't think to talk to myself (aloud) until maybe the last half of the trip home. I didn't find solace in the solitude. If I were to do this again, I think I'd want to go with someone else or maybe bring a parrot ('BUT WHAT KIND OF CRACKER?'- me at mile 40, probably), at least to break up the very loud silence in my head. I don't know if this is a character flaw or something that I could or should aspire to overcome, but I should at least begin to be honest with myself and recognize that riding alone for launch stretches isn't something I especially enjoy.

Sounds. Riding the C&O is primarily an auditory experience. Crushed leaves and gravel underneath a tire for hours and hours. This could probably be a setting on a white noise machine.

Harper's Ferry. Not much there there. Maybe John Brown should've done his thing somewhere more exciting, like Disneyland. Just saying.

Shepherdstown. It seemed all right. The Lost Dog Coffee shop is the hippy coffee shop of your dreams/nightmares and worth a visit if you're in town. Otherwise, I didn't really spend much time in town, electing to forego leaving my sleeping quarters for the night to only venture to the grocery store across the street for grub.

Antietam. It was pretty...? Can a macabre place be pretty? Probably. War is awful.

The roads in between. It was nice to be off the path for a while and to cut across some scenic backroads over to Flying Dog. It's possible that you're given a pickup truck with an NRA sticker when you move here or maybe you move here because you already have one. Drivers was decently obliging, but it was a Saturday morning and there weren't many cars on the road. I struggled somewhat with the heavy laden bike on some of the uphill parts, but I made it fine. Again, the barriers were much more mental than physical. I don't know what it's like if you go a really far distance. Either some kind of transcendental bliss or something entirely different, I guess.

Flying Dog. It was nice. I liked the beer, especially the Spiced Pear Ale, which was some kind of special thing that was either seasonal or only being served at the brewery. I can't remember which. No bike parking though.

Dogs. Lots of people with dogs on the towpath on the way home. Each dog got either a 'hi woofy' or a 'hi woofers' depending on whether I thought the dog was more of a 'woofy' or a 'woofers.' It's possible that by this point I had maybe biked a little too much by myself and was suffering some kind of mild mental break. I would say that except that I'm pretty sure I always say hello to dogs and do, in fact, use the woofy or woofers honorific in all cases. But really, by this point, I had been biking by myself for too long and I felt a mixture of boredom, anxiety and hopelessness. I don't know to what extent my mood could have been assisted by doing a better job eating and/or taking breaks (not riding any considerable distance very frequently, I'm not really good at either of these things), but I found myself wanting the miles to tick off faster than I seemed to be able to make them tick off. That ticked me off.

Conclusion
I think this was a good trip and I'm glad I took it, irrespective of the some parts I didn't enjoy to the fullest. If your really groove on the woods and crave the kind of solitude they can provide, I heartily recommend this route as a tonic. You should probably also go to Civil War-sy type places, generally, because history is important and the sites themselves are full of feeling. And you should go to Flying Dog because beer is good. I'm not sure I'm itching to do this kind of ride again (see above) but for a couple of days in October of beautiful weather, it was nice to take my bike on a trip that it deserved. 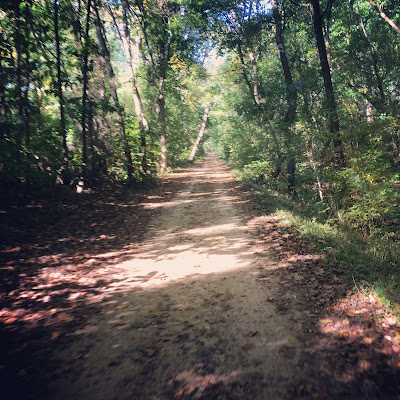 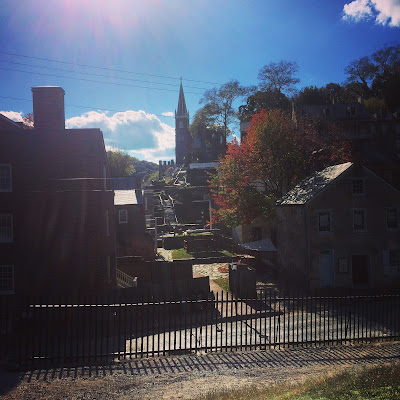 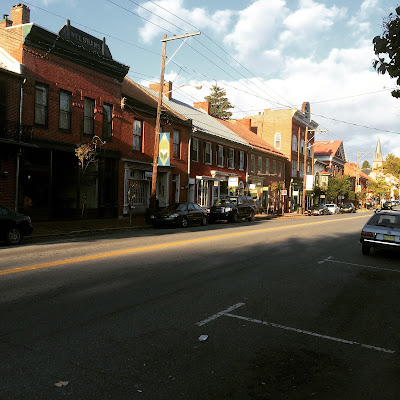 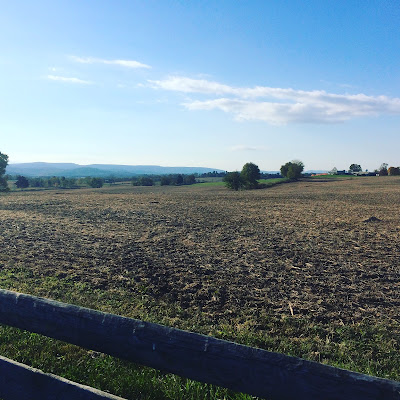 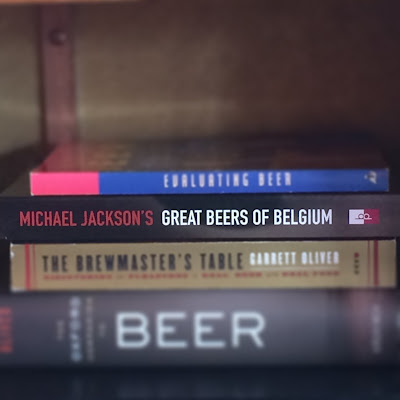