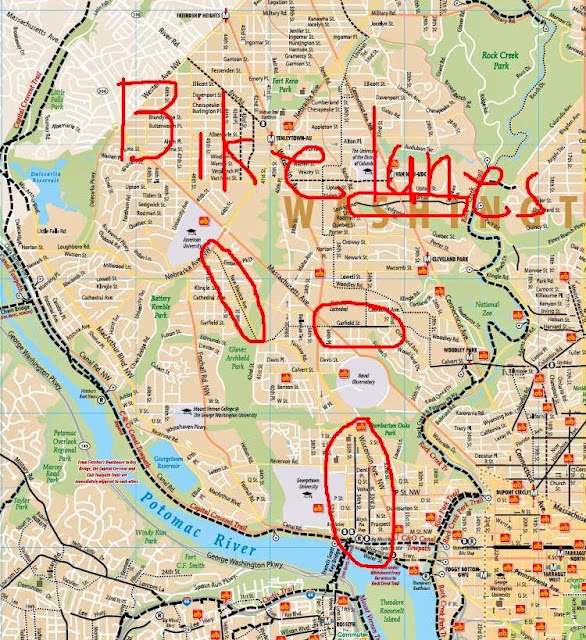 I plan to ride New Mexico Avenue home this afternoon and will maybe have some more pictures. Many thanks and congratulations for WABA (I heard somewhere recently that you can give them money) and the supportive members of ANC 3D for helping this much-needed project along. If you're not familiar with this part of town, feel free to ride over and check it out. Nothing a bike lane likes less than being empty. Except maybe for snakes because bike lanes are basically pretty much like Indiana Jones more or less.